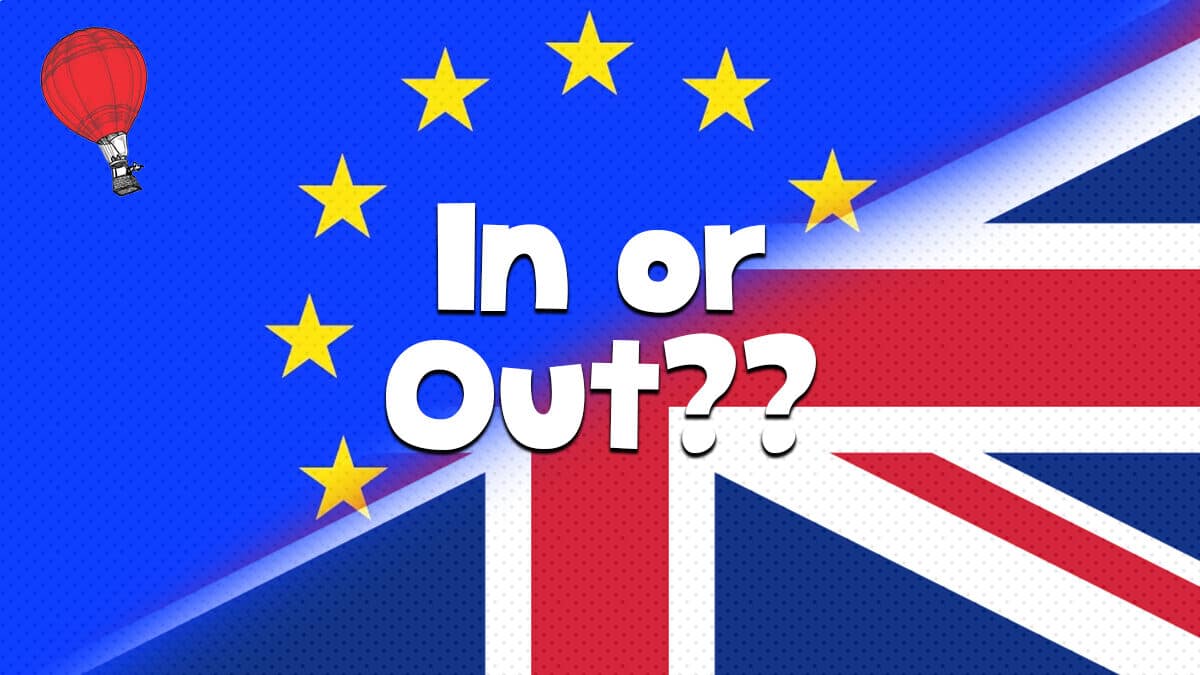 Grown-ups all over the UK have the chance to decide whether or not we should remain a member of the European Union.

‘But what is the European Union?’ We hear you cry!

This handy video from The Telegraph newspaper will probably help…

So now you’ve got an idea of what the EU is and how it works, why are we having a vote to decide to leave?

To help discuss that we’ve enlisted the help of the Burnet News Club!

The Burnet News Club is a network of after-school clubs that teaches kids all about current news affairs.

Bex invited the kids from Barnhill Community High in Hillingdon along to the Fun Kids studio to talk about the pros and cons of leaving the EU as they’ve been debating the issue in the News Club.

To hear both sides of the debate click play in the player above and catch up with their chat!

The Burnet News Club is a schools programme set up by the guys at The Economist newspaper.

8-16 year olds can get to grips with current news affairs through the club while also gaining an informed view of the world.

Clubs are run across the UK and there are still places for new schools to take part from September, so if you want your school to be involved you can contact [email protected].