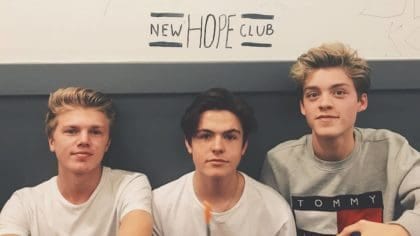 We’re always on the hunt for fresh new tunes to play for you on the radio!

We’ve found another great one by a British band called New Hope Club.

This track features in the new movie Early Man and it’s actually a cover of a 70s song!

We spoke to the band a few weeks ago about what it was like to make a song for a movie – watch it below!

Early Man is set at the dawn of time, when prehistoric creatures and woolly mammoths roamed the earth.

It tells the story of a caveman called Dug who has to unite his tribe against a mighty enemy – Lord Nooth and his Bronze Age City.

By the way, if you love New Hope Club as much as we do, you should take our quiz about them!

In just 10 questions, we’ll crown you BFFs with either Reece Bibby, Blake Richardson, or George Smith!

We’ve added Tiger Feet to the Fun Kids playlist meaning if you listen, you might hear more of it on the radio!

Playing: the promise by girls aloud