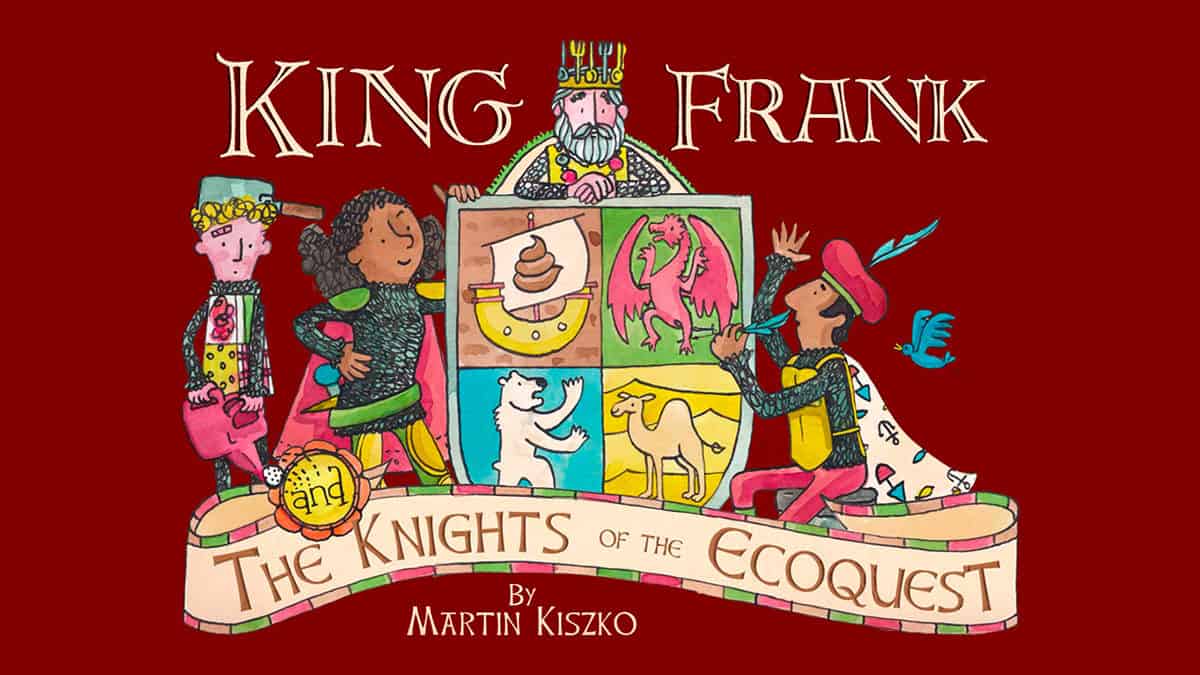 King Frank and the Knights of the Eco Quest is new to Fun Kids!

It’s a 15-part eco-epic-comedy-radio-drama-poem from Soundscape Productions, supported by the Audio Content Fund.

It’s all set in a strange kingdom where the royal family and its subjects still live as if they were in the times of knights, quests, princesses and monsters but are becoming buried in their own piles of rubbish and waste.

Oh, and everybody in the kingdom speaks in rhyme!

Hear all the episodes of King Frank and the Knights of the Eco Quest below!

Who stars in King Frank?

From punk princess to cult stage actress, Toyah Willcox is a uniquely gifted performer and an inextinguishable flame. Toyah has amassed thirteen top 40 singles, recorded twenty-five albums, written two books, appeared in over forty stage plays, acted in over twenty feature films and her voice has narrated the children’s TV series ‘Brum’ and introduced the ‘Teletubbies’.

Garcia played the sassy Kiesha on Channel 4’s hit show ‘Shameless’ and has recently finished filming on the set of feature horror film ‘A Song From The Dark’ as main character Sammy.

Aqib has performed in the films ‘West is West’, ‘Apostasy’, ‘Lies we Tell’ and played main roles in the TV series ‘The Jury’ and the BBC Three comedy series ‘Ladhood’.

Nathan has performed in ‘Hollyoaks’ and the TV movie How to be a Prince. His most recent film credit was for the 2020 feature Happy Little Bunnies. He was nominated for a National Television Award and Insidesoaps funniest man!

Andrew Dunn is best known for the role of Tony in the Victoria Wood BBC sitcom ‘dinnerladies’ and played Roger Stiles in ‘Coronation Street’.

Andrina Carroll performed in York Theatre Royal’s award winning show ‘The Railway Children’ and ‘Murder, Margaret and Me’ and appeared in the films ‘Zomblogalypse’ and ‘The Knife That Killed Me!’

Emily has appeared as the newspaper reporter Tessa Fulton in ‘Coronation Street’ and ‘Emmerdale’ on TV, and played Andrea Dunbar in the stage adaptation of Adelle Stripe’s ‘Black Teeth and a Brilliant Smile’ about the young playwright’s life.

Ian has a stand-up children’s comedy show and has written children’s books including ‘Born to Giggle’, ‘Sam Hawkins: Pirate Detective’ and ‘Snot Monster’. His radio drama ‘Happiness’ about Ken Dodd has just won an Audio Drama Award for its star David Thewlis.

Claire is an award-winning voiceover artist and actor. She won the Best Female Radio Drama Performance award at the 2019 One Voice awards for her work on ATA Girl; the amazing World War II drama produced by Big Finish.