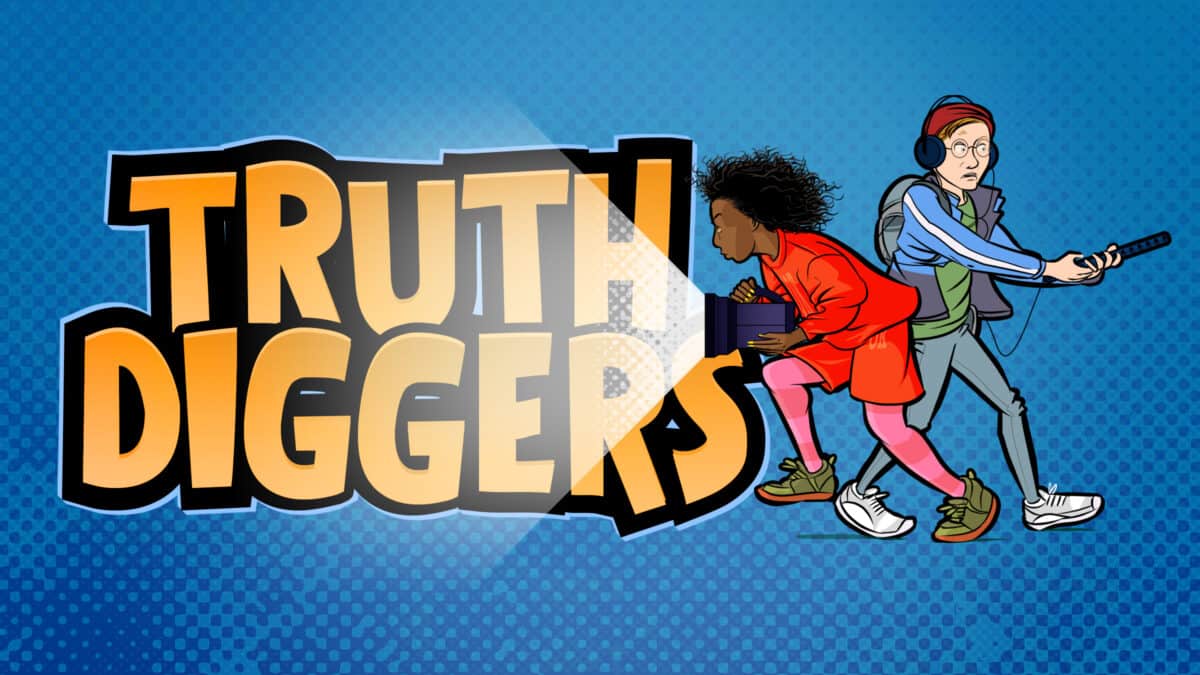 Something exciting is coming to Fun Kids on Friday, 13th May 2022.

It’s called Truthdiggers and it’s the first ever radio drama where you can decide what happens next!

In it, school friends Morgana and Alfie are looking into a notorious cold case: the mysterious disappearance of local eccentric Odd Colin from their Lancashire town in 1972…

As Morgana and Alfie pursue their investigation they’ll encounter pirates, vampires, aliens and secret agents, and interrogate them all in order to get to the truth!

You can hear Truthdiggers every Friday at 4:45pm on Fun Kids!

Shortly afterwards, you’ll be able to vote right here on the Fun Kids website on what should happen next in the series…

You can also subscribe to the podcast so you never miss an episode!

Vampires, aliens and secret agents all stand between two school friends and the truth

Vampires, aliens and secret agents all stand between two school friends and the truth

Truthdiggers is a Bafflegab Production in association with Fun Kids, and is supported by the Audio Content Fund