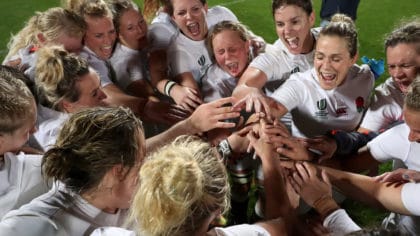 England are through to the Women’s Rugby World Cup final after they beat France!

They will now play New Zealand this weekend to defend their title of World Champions.

They won that against Canada in 2014. The next match is taking place at the Kingspan Stadium in Belfast, Northern Ireland.

A tight first half saw the sides reach 3-all.

The fact that England had made over 50 tackles in the first 15 minutes showed just how badly France wanted to win!

Despite this, England upped their game in the second half and began looking like a side who never thought they could lose!

It was a game that came down to the final few minutes and where defence was key.

“It’s fantastic that we’ve come and done the job that we wanted to do. Our defence won that game. France came at us and they’ve given us the greatest test we’ve had so far in this tournament.”