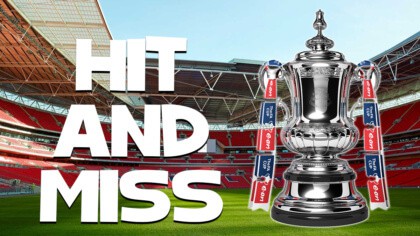 In a match where the focus was on Marcus Rashford, to see whether he was right for a place in England’s squad for the Euro 2016 in France.

It was another of Man United’s kids who stole the show. It took a moment of supreme quality to finish off a pretty dull game.

Jesse Lingard, in the 110th minute of the game swung his boot and struck a volley which flew into the top corner.

United saw out the final 10 minutes of the game, to win their first trophy since Sir Alex Ferguson left the club.

It’s a shame, for Lingard, that the moment of magic has come too late to put him in the England Squad

Because with the power and pace on that volley, if it hadn’t have been caught by a goal net, he could have jumped on the ball and flown on it to Paris.

After losing the game, I wonder what Pardew would be more devastated at. Walking away from Wembley empty-handed, or the fact he decided to do some proper dad-dancing after Palace’s goal.

When he saw Puncheon’s shot fly into the net, and Palace take the lead, Alan Pardew turned to the camera, in a plush blue suit, and started to swing his arms and legs around, wiggling his hips like a teacher at a school disco.

Although he missed out on the cup with Palace, I’m thinking there is one prize he could win before the end of the year.