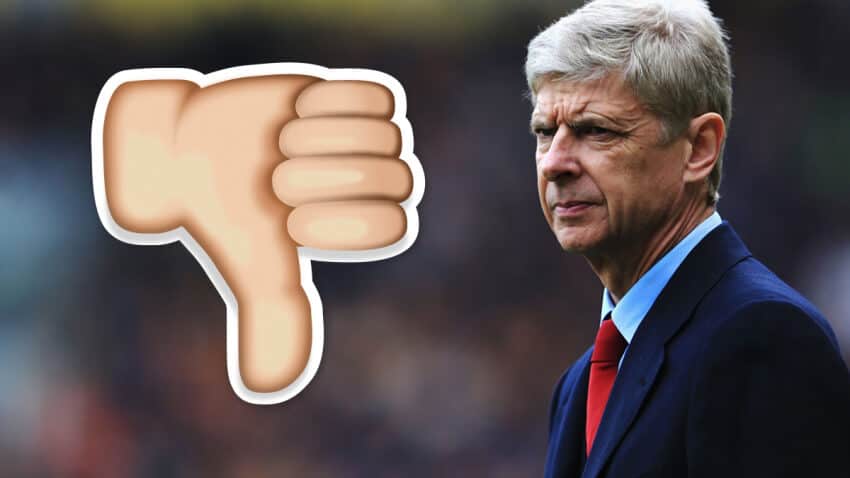 Who were the winners and losers in the Prem this week? Dan decides!

The hit this week is the Leicester striker Shinji Okazaki!

His overhead kick helped lift Leciester to 5 points clear at the top of the Premier League.

It was a tough game for the Foxes, as they played Newcastle in Rafa Benitez’s first game in charge.

As we move into the final 8 games of the season, with Leicester still unbelievably topping the table, their players are working ridiculously hard to do, what was called ‘the impossible’ and actually win the league.

They seem to run more than any other team, give it all for the club, and Okazaki at the weekend seemed to even defy gravity.

He flew through the air like an animal to score an overhead kick and net the winning goal against the Toon.

Wenger’s Arsenal crashed out of the FA Cup, losing 2-1 to Watford and ending their competition run this year.

They’re now 11 points behind Leicester in the Premier League and they’re probably going to have another trophy-less season.

With top players like Ozil and Sanchez at the club, they have to be doing better and performing.

I think Arsene Wenger may not be at Arsenal at the start of next season.

You know what they say, get your coat Arsene.

Probably should grab it now though, give yourself a few months to work the zip – I know you hate those…