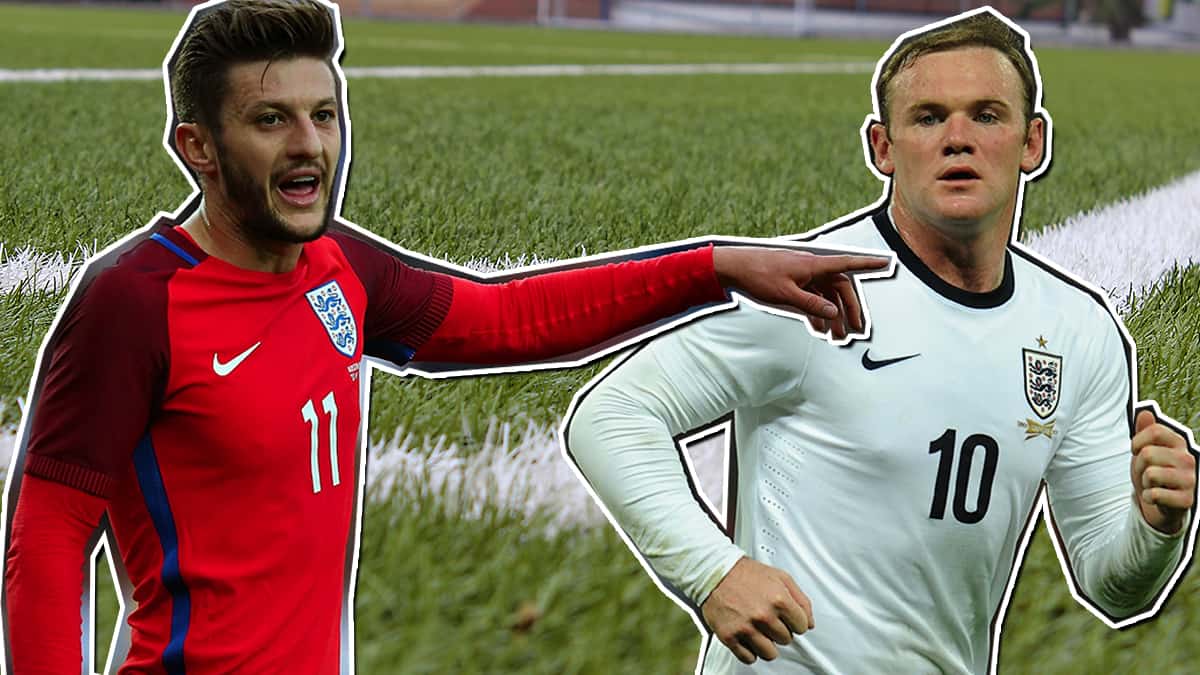 Heading into England’s World Cup Qualifier against Slovakia, Lallana hadn’t scored a goal for his country!

He’d played 26 times for England and for 94 minutes of his 27th game, it was looking like another duck for the Liverpool midfielder.

But then, with almost the last kick of the game, as England were huffing and puffing against Slovakia, Lallana swiveled, jinked, spun and struck!

It helped Big Sam Allardyce get a win in his first game in charge of England, for a little bit he was looking out of his depth.

But Lallana dived into the deep end to save the day!

Big Sam wasn’t helped in his first game in charge by his captain!

See, on the football pitch, it’s usually normal for players to have their own positions: defenders…. midfielders… wingers… strikers…

Wayne Rooney’s position at the weekend was wherever he felt like!

Charging round like a dog after too much Haribo and doing his own thing!

Although he meant well by it, it didn’t help the team out at all!

Apparently, it’s not his manager Allardyce’s fault though. Big Sam has said that ‘he can’t tell him where to play’…

That is actually your job Sam, if you don’t know that by now, is it best you don’t have a second game in charge?

Check out Dan’s latest vid all about Big Sam below…