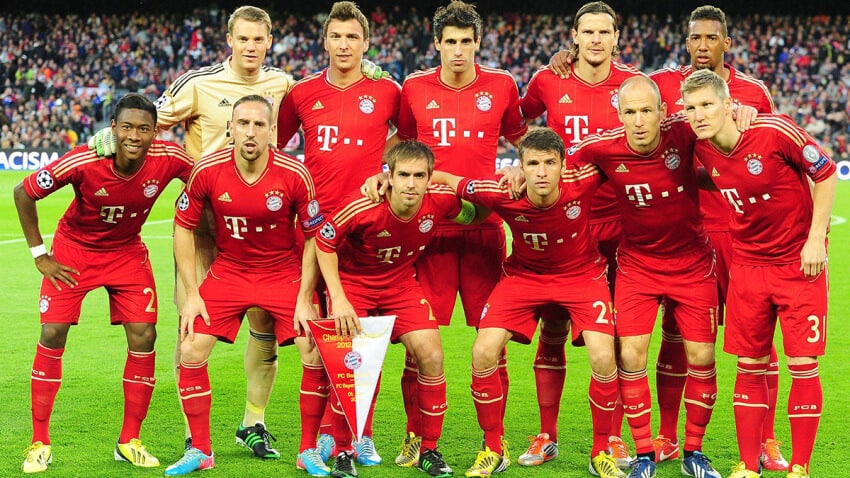 Which of your team-mates is the biggest leader at the club?

Robben says: “We don’t have one leader. We have a lot of experienced players and it’s just all about the team. That’s what makes us strong – the character in the team, the mentality!”

Which Bayern players are the dressing room jokers, Arjen?

Robben says: “Well, there’s always a great atmosphere in the dressing room. We’ve got a few jokers – I’d say that Thomas Muller was one and Franck Ribery is another!”

Who can you never drag away from looking in the mirror?

Robben says: “Again, I think there are a few candidates to be honest – there’s a lot of them. Everybody tries to look good and tries to keep up with the fashion, but it’s hard to pick out one team-mate as the most stylish!”

Out on the training pitch, who is Bayern’s most skilful player?

Robben says: “I think Douglas Costa and Thiago Alcantara. Those two always have their tricks ready!”

What about the gaffer — can Pep still play a bit?

Robben says: “The manager doesn’t normally get involved in five-a-side matches with us – but he will join in possession games. You can see that he’s still got it!”

It’s a Champions League show down in this issue!

There’s also an interview with PFA Young Player of the Year Dele Alli!

Plus there’s 2 packs of Match Attax Extra cards with every issue!