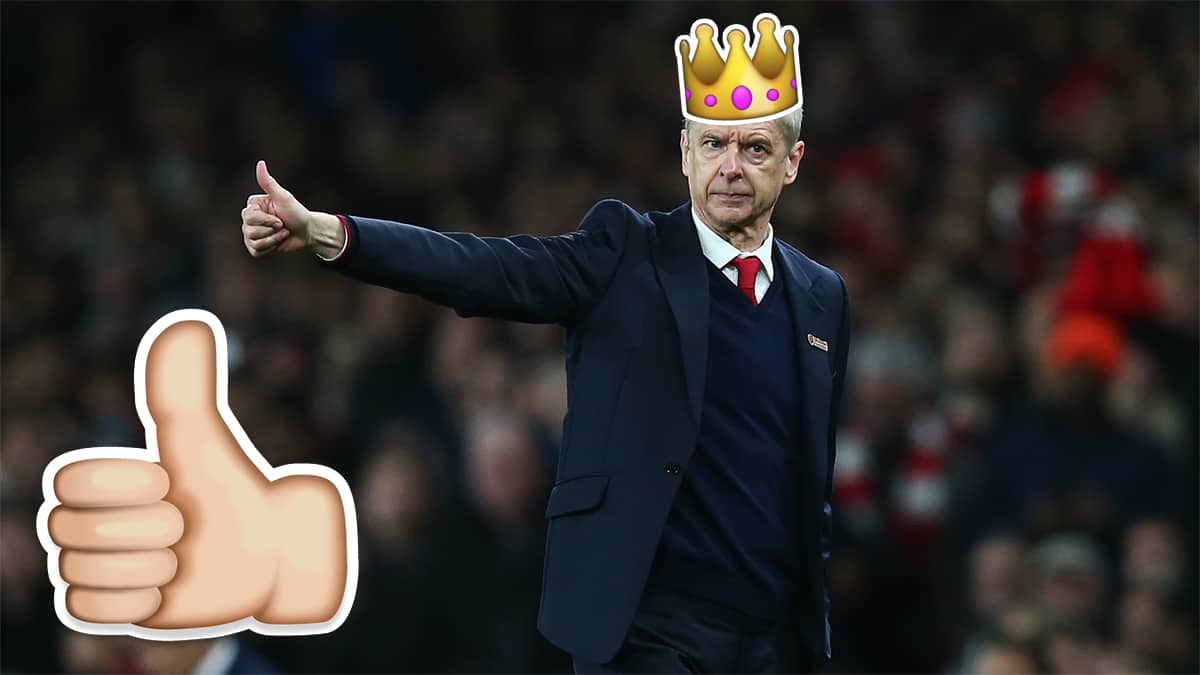 Arsene Wenger celebrated his 20th anniversary as Arsenal Manager with a thumping 3-0 win over Chelsea.

It’s been an up and down couple of decades for the Frenchman, with many trophies and a whole season unbeaten!

But also a lot of criticism and trophy-less years too…

But their dismantling of Chelsea showed everything he’s made the side brilliant at – quick passing, silky skills and smart movement, and he managed his first win over Chelsea in 5 years

Ozil, Sanchez and Walcott made it a very happy anniversary for Wenger and the Gunners.

Remember 4 months ago when Leicester won the Premier League for the first time in their history?

Well, you should probably remind them, because the Foxes certainly don’t.

It was so bad that Jamie Vardy and Riyad Mahrez, the stars from last season, were taken off at half-time!

Maybe they were wanted to hug the Premier League Trophy while they’ve still got the chance!