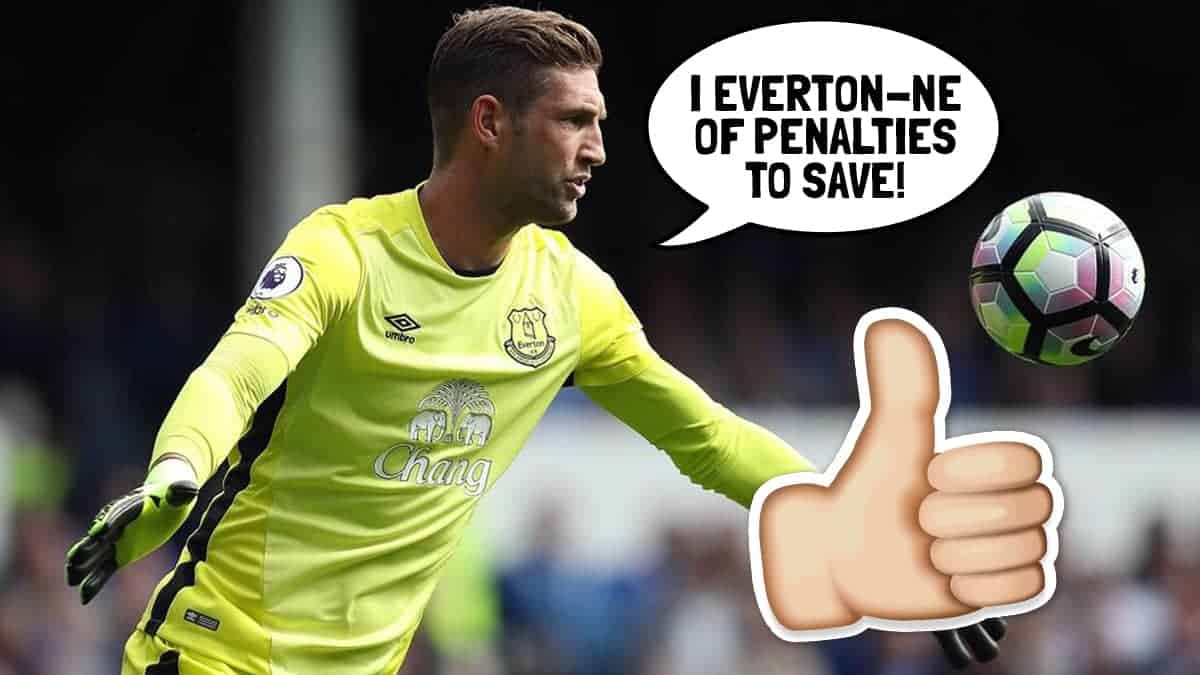 Pep Guardiola’s Man City side keep the ball and create hundreds of chances – so to get anything from the game you’ll need your goalkeeper to have the match of his life.

It’s a good job that Everton had Maarten Stekelenburg in goal then!

The Dutch keeper saved shot after shot, golden chance after golden chance, and even saved two penalties from some of the best players in the world!

He helped the Toffee’s escape back to Everton with a 1-1 draw and certainly gave Pep Guardiola something to CHEW on!

I bet Hull City’s new official boss Mick Phelan wished he had Stekelenburg in goal for his side at the weekend, it might have helped stopped the tidal wave of goals the Tigers let in at the weekend.

After having quite a good start to the season, Hull have been having a terrible time recently and lost their last game 6-1 against Bournemouth.

They had no game-plan, defended badly and couldn’t deal with the Cherries pace up-front.

Hull City are nicknamed the Tigers, it’s just a shame that this weekend they played like kittens!

Strikers Mbokani and Diomande should be embarrassed wearing the Tiger’s black and gold shirt!