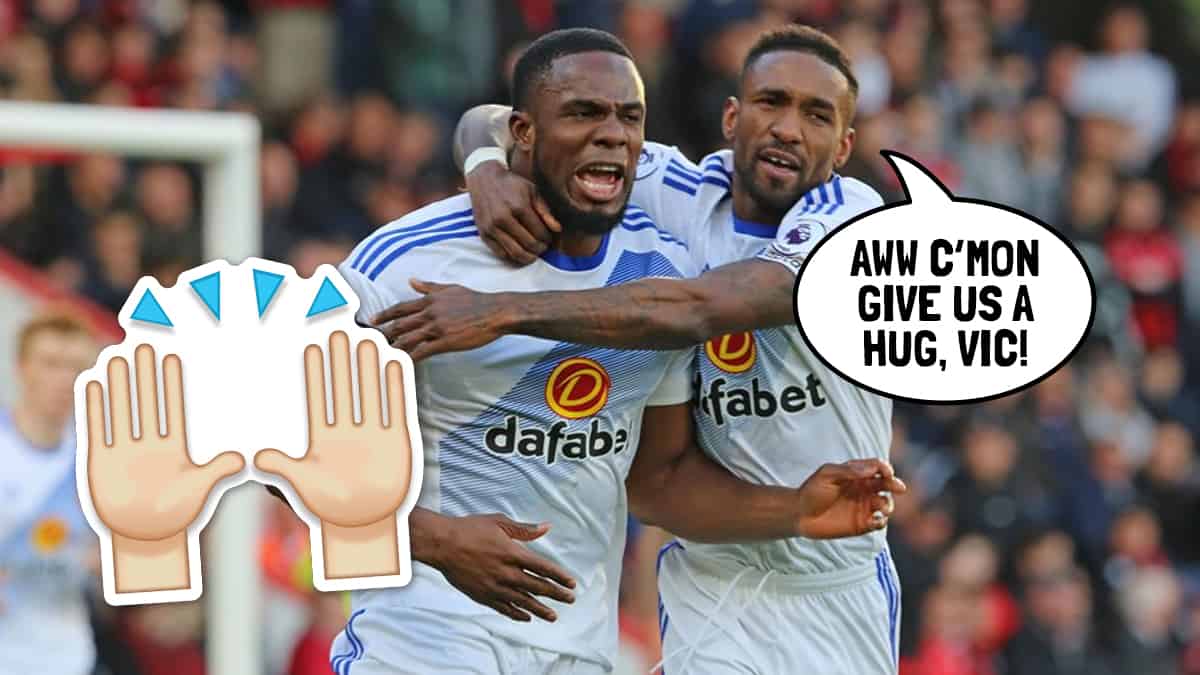 After starting their season with such bright optimism that recent relegation worries would finally end now that David Moyes was their manager, the Black Cats went 10 games without a win!

Many experts were claiming Sunderland were the worst Premier League team in history, and that they might go the whole season without getting a victory.

But, at the weekend, away to Bournemouth, the Black Cats proved the haters wrong, finally getting their first win of the season, and an extra three points on the board!

I don’t know if a team rock bottom of the Premier League, and looking doomed to relegation, has ever celebrated as much!

Since their fairytale league win last season, the Foxes have resumed normal service and are playing like the midtable strugglers they always were.

With only two shots on target at the weekend, they were beaten by West Brom, and are now just two points above the relegation zone.

Their poor league form is so different from their foreign adventures though, where they are smashing the Champions League and haven’t let in one goal in Europe!

After last seasons’ miracle, maybe Claudio Ranieri is trying to do something else unthinkable this time… win the biggest prize in Europe, and be relegated in the same season!