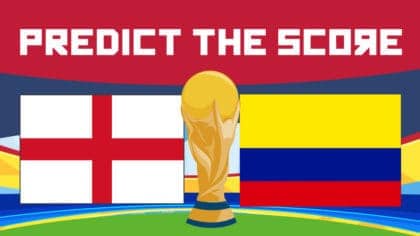 The World Cup is well underway in Russia and we want to know if you can predict the scores of England games!

We already asked you to predict the score of England’s first, second and third games with Tunisia, Panama and Belgium.

Now we’re into the final sixteen, just four games stand between us and the cup!

Sean reckons the score for the game will be 1-0 to England and Bex thinks the same.

Dan’s gone for an optimistic 3-1 to England, but he might be right! Robot thinks there’s a 45% chance England will win.

The score you have predicted is 3 – 2 to England.

You can watch the game on the BBC and get special updates on the Fun Kids breakfast show, every morning at 07:20 and 08:20!