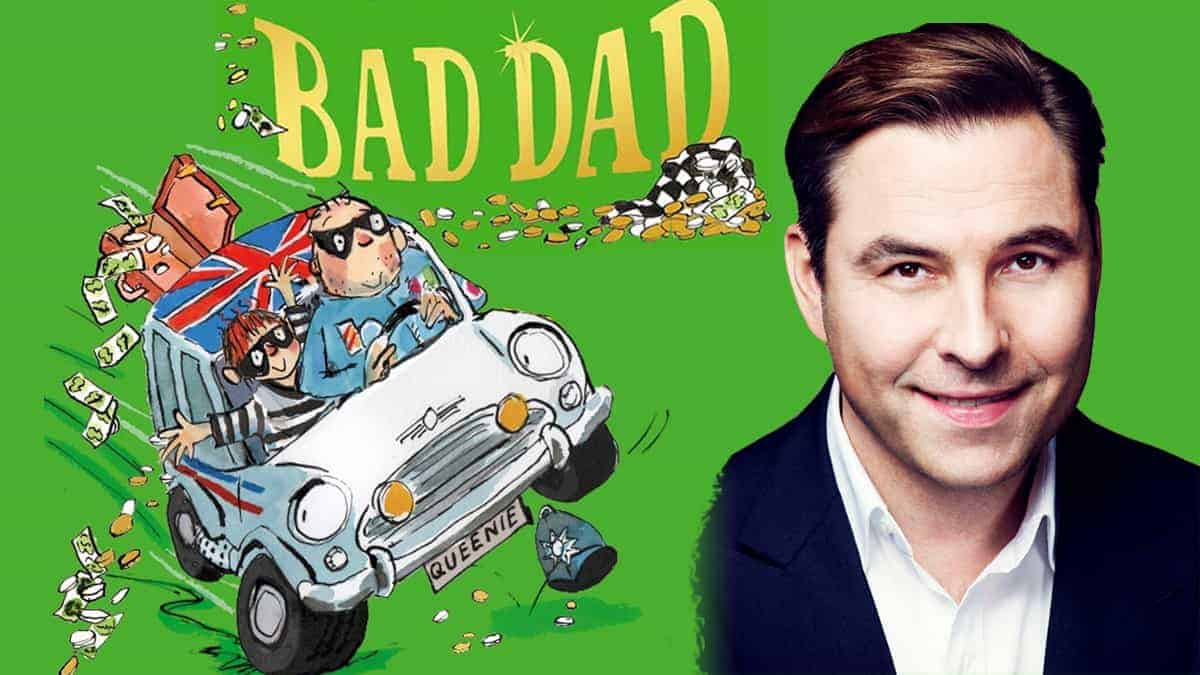 Bad Dad is about a boy named Frank whose dad is thrown into prison for driving the getaway car in a bank robbery.

Frank hatches a daring plan to break his father out of prison for the night so they can put the stolen money back. But will the evil crime boss Mr Big stop them?

Basically, it’s a fast and furious story about a father and son taking on a big villain!

Bad Dad will be available on 2 November 2017 in hardback and eBook, plus an audiobook narrated by David Walliams himself.

It’s 10 years since Walliams published his first children’s book, The Boy in the Dress.