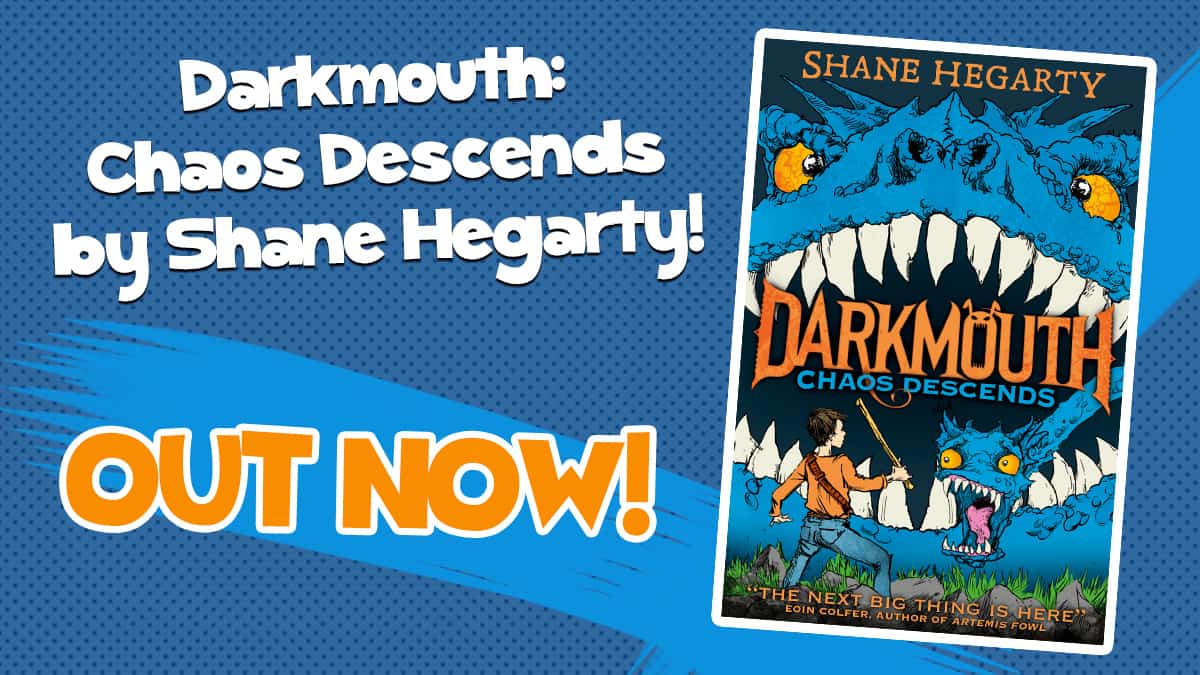 If you love adventure then you should definitely check out the Darkmouth books by Shane Hegarty!

The third book in the series, Chaos Descends, is out now!

Just in case you’re not already in the know, the Darkmouth books are all about a young lad called Finn.

Loads of terrifying, human-eating monsters called Legends start appearing with the aim to take over the world.

Finn is the last remaining Legend Hunter on Earth and although he might try hard… he’s not quite your typical hero.

He loves animals and is not a natural fighter, but he really tries hard, and that’s the main thing, isn’t it?

After his last two adventures you’d have thought that Finn must have saved the world enough for one lifetime right? Wrong.

Legends are appearing where they shouldn’t and people keep disappearing.

There’s an attack so big coming that Finn has the weight of the world on his shoulders.

Whether Finn likes it or not, he’s going to be made into a proper Legend Hunter.

The third book in the monstrously funny Darkmouth series, Chaos Descends, by Shane Hegarty is out now! Click here to get your copy!

Check out the trailer for Chaos Descends below…