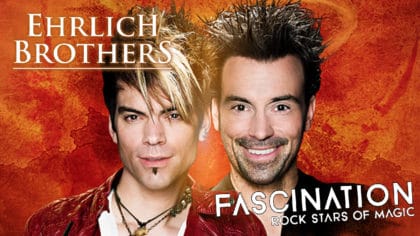 Bex has been to some magical German brothers – the Ehrlich Brothers!

They really do perform magic!

They combine magic and their love of rock music to create an incredible show, which is coming to London in April!

The show is completely different from anything you’ve ever seen before!

For starters, it opens with the brothers magicking up a motorcycle from a giant iPad!

Bex is going to be finding out all about what happens in their show, more about their love of magic, and most importantly, whether any of their tricks have gone wrong!