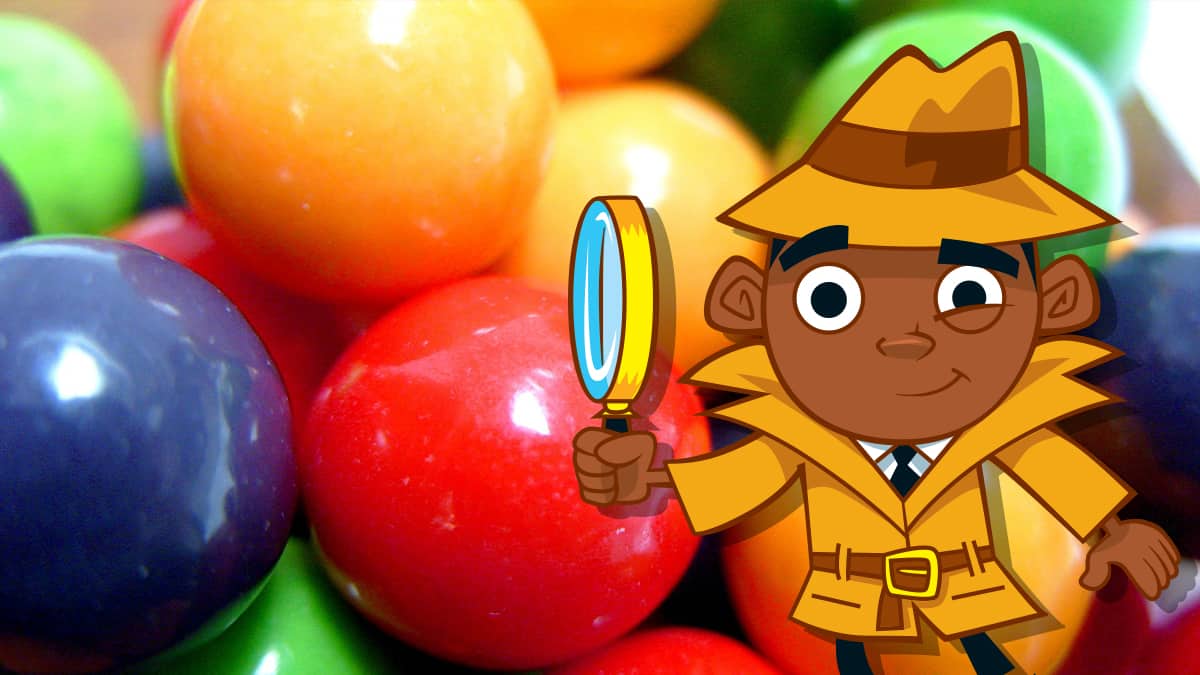 Today we recall the time when Detective Mathema solved the mystery of the magical gobstoppers.

For months, Betty Pops who ran the local sweetshop in Numeralville had been working to create magical gobstoppers that turned your tongue into all the colours of the rainbow – and even a few colours that weren’t in the rainbow too!

She was admiring her first batch when Harry Humbug, a rival sweetshop owner, dashed into her kitchen and stole the lot!

Poor Betty – she scrambled to pick up as many as she could but Harry had taken off with half of those that were left. Betty counted up the magical gobstoppers that she’d managed to save.

She put 1/3 of these away in a sweet jar on the top shelf and took the re-maining 14 gobstoppers home to try out on her neighbours.

“Amazing” her friends said as they sucked away happily and admired their colourful tongues. “How many did you make?”

“Oh, I don’t know” replied Betty “But I know a detective who might be able to help”.

So she called in Detective Mathema and recounted the story, allowing him to count the number of gobstoppers in the jar.

“From what you have told me” he replied “I believe that you made 84. It’s all simple fractions, you know! You put 1/3 of those that were left into a sweet jar and gave 14 to your neighbours. So 14 must be 2/3s. And if 14 is two thirds, one third will be half of 14 and that’s 7. So 7 were in the jar. In total that’s 21 sweets you had left. You said that Harry Humbug had taken off with half of the gobstoppers, so if 21 were left, that equals 42 gobstoppers in total”.

Playing: superstar by the wonderland