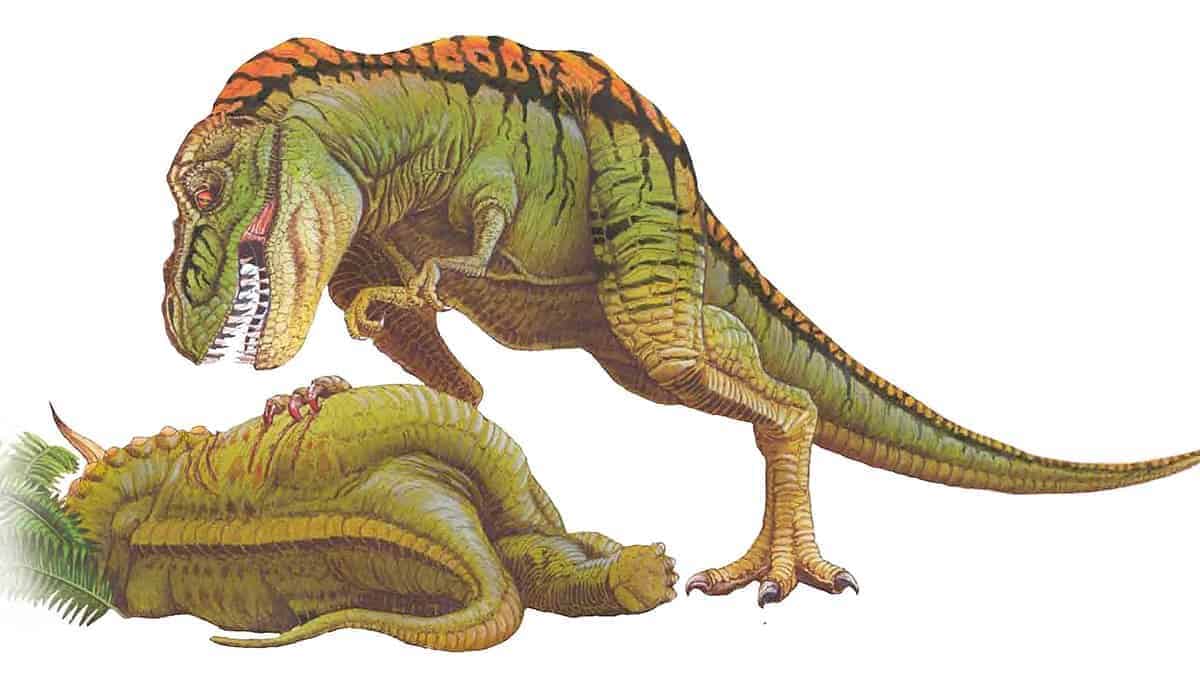 The Jurassic period was home to thousands of different dinosaurs – big and small.  One easy way to learn about them is to split them into two groups – the meat eaters or Carnivores, and the plant eaters or Herbivores.  Of course, some dinosaurs ate both!

Megalosaurus was a terrifying predator that was almost 9 metres long – that’s twice as high as a double decker bus.  He had powerful jaws and sharp teeth, perfect for ripping through his prey’s thick skins and swallowing huge chunks of flesh.  His teeth were serrated – that means zig zag shaped along the edge, like a saw – and could slice through flesh easily.

Standing on his hind legs, with short forearms and a huge head, he looked quite like Tyrannosaurus – although since T Rex wasn’t to appear for many millions of years, they would never have met, or fought.  As well as razor sharp teeth and strong jaws, predators have large eyes for finding their prey. We can tell this in dinosaur fossils from the shape of the bones in the skull, which reveal the size of the eyes. The eyes would have faced slightly forward, like in a bird of prey.  This allowed them to judge distances accurately, helping with hunting.

Another sign of a meat eater is found in their brains, whose impressions are left deep in the skull.  The part of the brain involved in smelling was very large in carnivores. Many meat eating dinosaurs would eat dead animals as well as live ones, so sniffing out rotting carcasses – sometimes as much as a kilometre away, was important.

You might think the herbivores sound a bit less scary, but they were some of the hugest creatures that ever lived.  Diplodocus is one of the best known herbivores, a huge sauropod who stood a whopping 26 metres long, with a long neck – perfect for reaching leaves at the top of tall trees.

Lots of herbivores had many rows of teeth, sometimes pencil shaped to rake the vegetation, other times rounder or blunt like spoons to rip leaves from the branches. Teeth were constantly replaced as they broke or wore down, which would have happened a lot – to get enough vegetation to keep their huge bodies going, those teeth would have been busy.

How can palaeontologists be so sure about what dinosaurs ate?  Well, as well as the shape of their skeletons, size of stomach cavities and the type of teeth, there’s another way – because what goes in, must come out….

That’s right – Fossil poo! Called a coprolite, it can help scientists understand the relationships between animals and plants.  Seeds, bones, fish scales or vegetation can be identified and give us an accurate picture of what a dinosaur liked to eat.