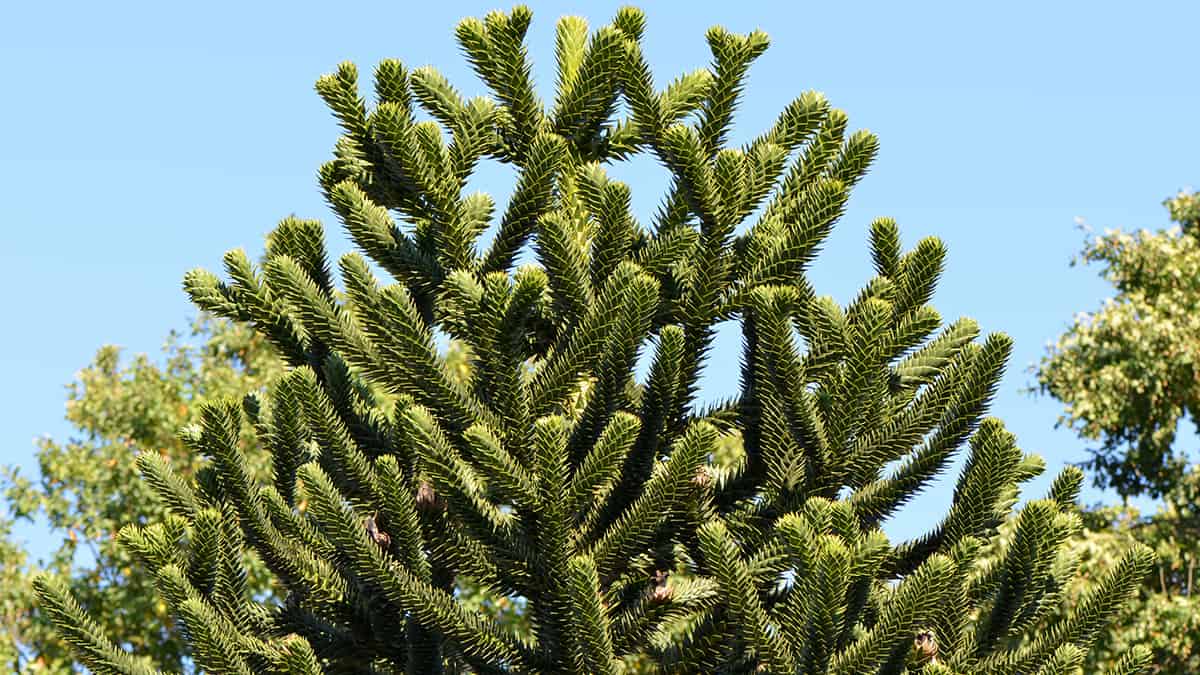 Welcome to the Jurassic period, which existed between 144 and 180 million years ago.  It was a time when plant life began to flourish as the newly formed oceans brought rain to many parts of the world that had previously been nothing more than dry deserts.

Vast humid forests covered much of the land.  But unlike the forests you see today, the Jurassic forests were full of giant ferns and tall leafy green conifers, similar to Christmas trees and ones very like Monkey Puzzle trees.

Under this towering canopy were smaller leafy plants that looked similar to the ferns and horsetails that we see today.  Plants weren’t yet producing colourful flowers to attract insects.  Instead, many produced cones full of seeds and pollen, or tiny capsules containing spores.  It therefore wasn’t a time to stop and pick a bunch of blooms.  Not that you would want too with some of the animals around!

With trees taller than houses, dinosaurs were built to match.  Huge sauropods, some reaching more than 18 metres high, and others over 34 metres in length, roamed the forests, reaching up high with their long necks to eat the rough leaves at the top of the tallest branches.  They lived and travelled in large herds, which helped ward off predators.

Brachiosaurus and Camarasaurus were two sauropods you’d find in a Jurassic forest.  Both were huge quadrupeds, meaning four legged animals, with small heads but long necks and large bodies.  The Camarasaurus had ENORMOUS chisel shaped teeth that were nearly 20 cms long, and they helped him to chew his food – something not all sauropods could do.

Do you know how a fossil is made?  After the soft parts of an animal have been eaten or rotted away, the hard parts, like the skeleton, became covered in silt, sand or earth.  Over time, these layers became deeper and the growing pressure on the skeleton made it absorb minerals around it.  These minerals caused the skeleton, or remaining parts of it, to become rock, and therefore preserved for fossil explorers to discover millions of years later.

Prehistoric animals and plant life can also found in Amber, which is formed when a sticky resin from trees sets hard.  Scientists have found insects trapped inside Amber, perfectly preserved for us to see today.

> Visit the Age of the Dinosaurs homepage

> Download the free Age of the Dinosaurs podcast from iTunes

Playing: love on me by galantis & hook n sling