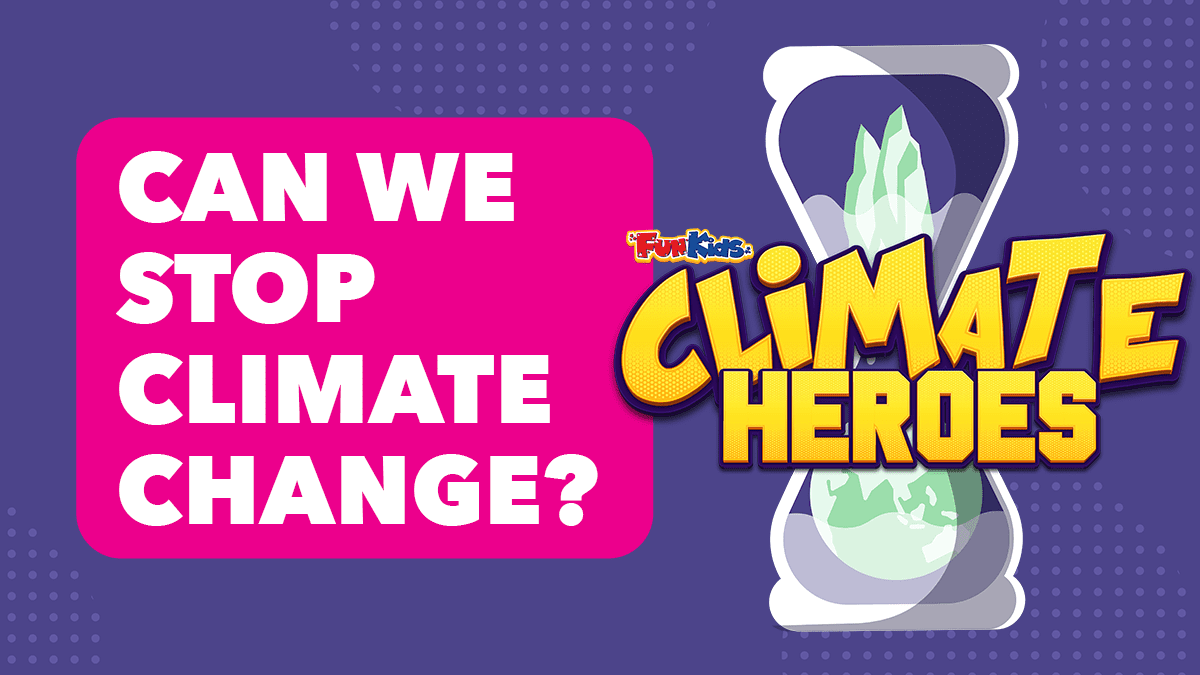 Some impacts of climate change are already happening, such as the coral bleaching and bushfires , but we can stop them getting worse and work to protect the planet, people and animals from further damage.

What are scientists doing?

Scientists are always trying to find new ways to help our planet and some are really interesting!

Pumping CO2 from the air into rocks

One the carbon dioxide is in the rock it can remain safely for thousands of years. Reportedly, up to 90% of emissions could be captured but the technology is very new and still being tested.

One of the more ‘fun’-sounding solutions, firing giant water cannons at the poles have been suggestedby a physicist in the US. This would involve installing millions of water cannons to shoot seawater onto the surface of the ice sheets where it would refreeze and thicken the ice.

A recent study suggested that the most effective method to combat climate change is simply to plant trees — at least a trillion of them all around the world. Apparently, we have the space to do this but to achieve the necessary scale, we may need a robotic hand. That’s where drones come in – they can fly through the sky scattering seeds.

The idea behind it is that producing ‘traditional’ meat for the entire world requires a huge amount of water, land and feed , plus cows trump greenhouse gases!— The UN is encouraging more plant based diets as a means to combat climate change but not everyone wants to swap their cottage pie mince for lentils so lab grown meat could be the answer. Would you eat a lab grown chicken nugget for your school dinner?

What can we do?

Write a Letter to your MP

You might be too young to vote but that doesn’t mean you can’t tell your local MP or councilors your concerns and make sure they know Climate Change is a big concern for you– write a letter to them explaining why this issue is important to you!

Lots of politicians will be meeting at The 2021 United Nations Climate Change Conference, also known as COP26, in Glasgow between 31 October and 12 November 2021. You might want to write to your MP to ask the UK representatives to commit to change which can help slow climate change.

Some places are already experiencing the impacts of climate change on their lives, you can support charities which help people suffering due to climate change such as action aid uk and also support campaigns to save the rainforest and protect the ocean which are really important to the Earth.

You might be too young to campaign, and if it is something you are interested in you should speak to your parents about it.

An example of a young person who used campaigning to help combat climate change is Greta Thunberg. Thunberg’s activism, which means campaigning to create change, began by persuading her parents to adopt lifestyle choices that reduced their own carbon footprint. In August 2018, at age 15, she started spending her school days outside the Swedish Parliament to call for stronger action on climate change by holding up a sign reading School Strike for Climate. Soon other students started similar protests in their own communities. Together they organised a school climate strike movement under the name Fridays for Future.

So campaigning can be a really good way to try and create climate change action.

It might be walking somewhere you’d usually go to in the car, changing your school dinner choice or wearing a hand me down coat – all these things can help reduce your carbon footprint. You can find out more about carbon footprints and what you can do to reduce yours here.