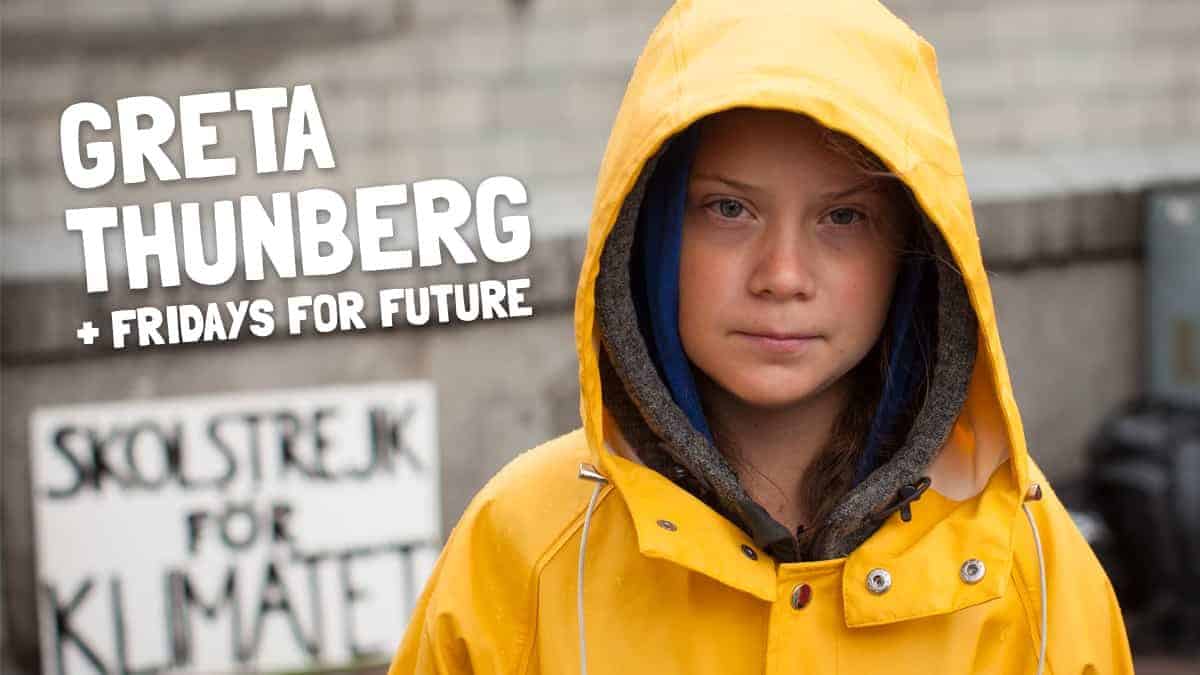 Greta Thunberg is from Sweden and is most well known for her climate change protests.

After learning about climate change, Greta began skipping school. She sat outside the Swedish parliament with a sign saying ‘Skolstrejk för Klimatet’, which means ‘School Strike for Climate’.

A strike is where someone refuses to do something until a change is made. In this case, Greta refused to go to school until she saw action on the climate crisis.

Soon, other people began turning up and supporting her. Together, they made a group called Fridays for Future which encouraged people to skip school on Fridays and demand change.

School children are required to attend school but due to the effects of climate change, many feel this goal of going to school begins to be pointless.

Fridays for Future supporters wonder why they’re spending lots of time and effort to learn when governments aren’t listening to climate science. Lots of people still think climate change is not human-caused, despite the fact 97% of climate scientists agree it is.

Her strike has inspired other ones, like a worldwide Global Climate Strike on September 20th.

In 2018, Greta spoke to politicians and other leaders at the United Nations Climate Change Conference. The talk made her well-known and she’s since gone on to talk to lots of other people, including politicians in the UK Parliament.

Her message has not always been accepted by everybody but she responds to people who disagree with her often politely and with humour.

Greta has been diagnosed with Asperger’s, a form of autism. She says that being different is a gift…

It makes me see things from outside the box. I don’t easily fall for lies, I can see through things. If I would’ve been like everyone else, I wouldn’t have started this school strike for instance.

Because of this, she’s well known for her straight-talking and for not messing around when letting people know exactly what she thinks. This has led to some emotional scenes as she addresses those that can make the most change…

Strikes are very effective but not everyone can skip school. There are lots of things you can do to help the climate and everything we do matters, from recycling to being more aware of where the food we eat comes from.

What are you doing? Let us know in the comments below!