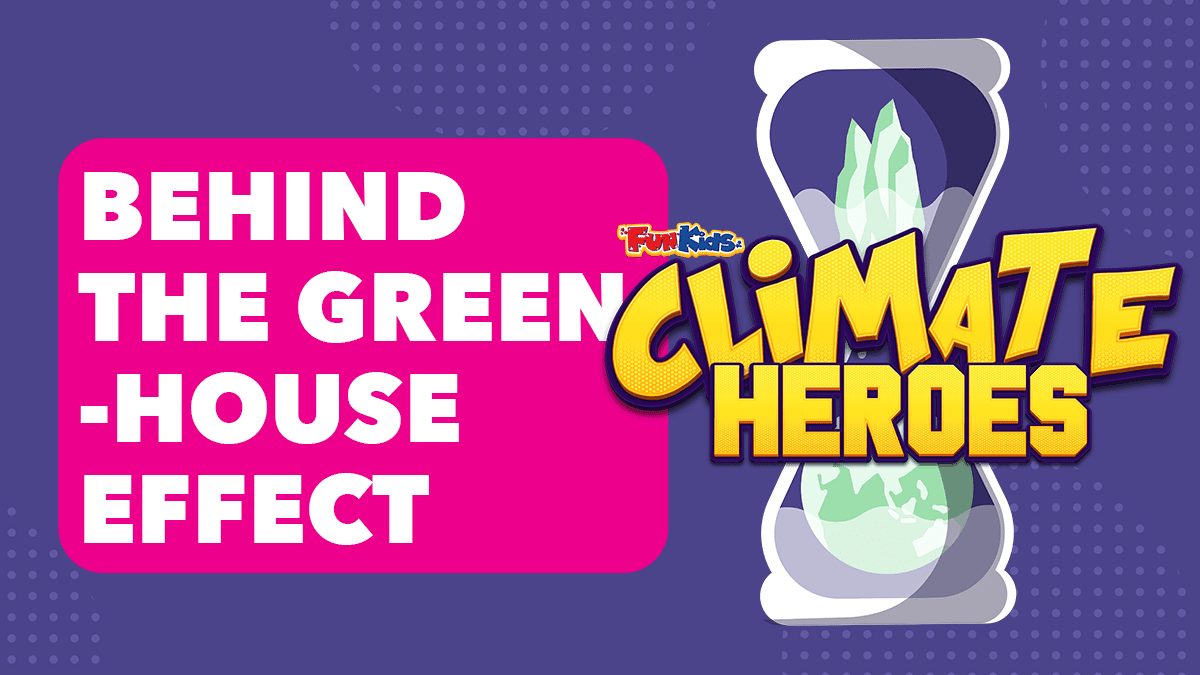 There are lots of factors that contribute to Earth’s climate. However, scientists agree that Earth has been getting warmer in the past 100 years due to human activities.

These gases occur naturally however human activities are adding more to the atmosphere through activities such as burning fuel to power factories and cars, farming animals. These changes cause the atmosphere to trap more heat than it used to, leading to a warmer Earth.

We are also getting rid of the things that help absorb greenhouse gases from the atmosphere like the rainforest by burning it to create land for cattle, animal feed and palm oil.

Sometimes we might not see the impact we make for example when we turn on the car we don’t immediately see the impact the fossil fuels have or when we buy a new coat we don’t think about the factory burning fossil fuels that’s made it. When we eat our lunch we don’t think about the process of growing plants, feeding the animals and transporting the food to the supermarket but almost everything we do impacts the climate at different levels.

What are the greenhouses gases?

Carbon dioxide is all around us. In nature humans and animals produce it when they breathe and volcanoes emit it too. Burning fossil fuels and deforestation, when forests are cut down, has meant we are adding extra CO2 to the air and in massive amounts. There’s more carbon dioxide in the atmosphere today than at any time in the past three million years.

Methane is a natural gas emitted by animals (including humans) when we trump! Methane is also produced by wetlands and volcanoes. Humans are increasing to the methane in the air through of cattle farming, landfill waste and mining coal. Together with CO2, it’s one of the main greenhouse gases causing global warming.

This is water in its gas form. When you boil a kettle you will see steam which is water vapour. Normally water vapour in the air comes from the sea and rivers. Power stations also release a lot of water vapour.  Also as the planet gets warmer more water turns into water vapour.

Nitrous oxide does occur naturally and is actually very important to the nitrogen cycle. However humans are making too much of it through vehicles, power stations and to put on crops that humans and farm animals eat.

Find out more about climate change at FunKidsLive.com/COP26