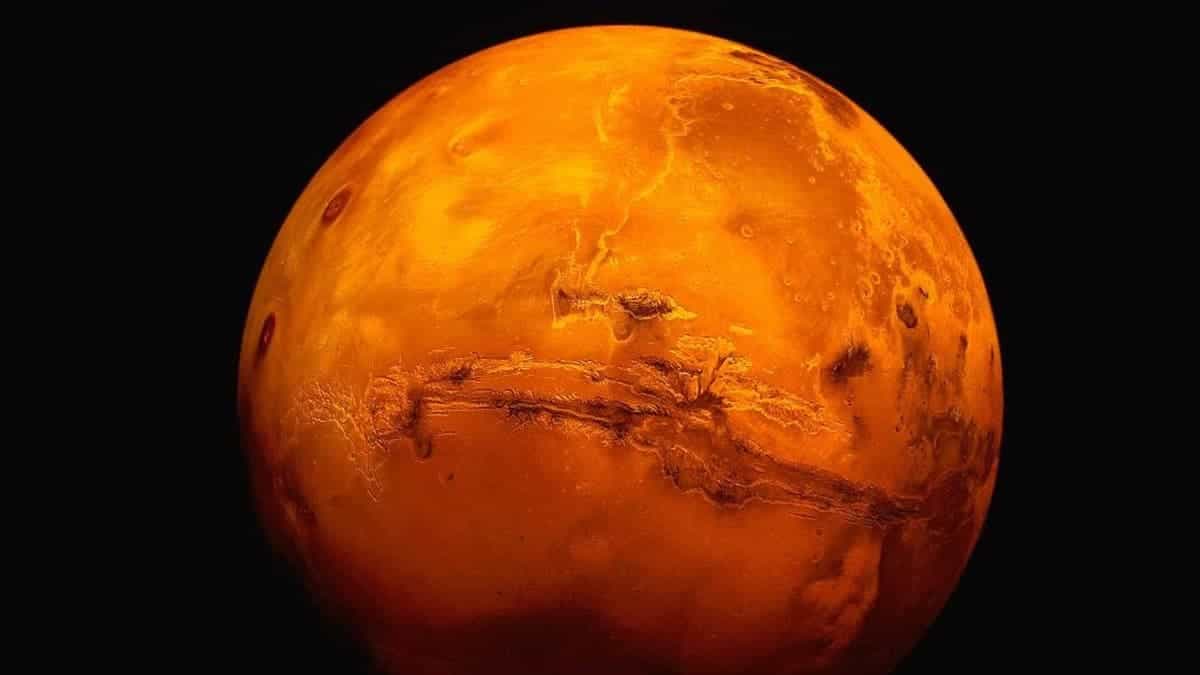 Mars is the fourth planet from its Sun and is the second smallest planet in the solar system. What else do we know about this amazing place?

It’s named after the Roman god of war.

The planet is red because of a mineral called iron oxide that’s very common on its surface.

Mars is a terrestrial planet

It’s rocky with craters and mountains. Not a gas giant like Jupiter or Saturn. Its landscape includes some of the tallest volcanoes that we know about in the solar system. One’s 21km high and 600km in diameter.

Even though it’s billions of years old, scientists think it could still be active.

An interesting fact is that even though Earth is much bigger that Mars, they both have approximately the same amount of landmass! That’s because most of Earth is covered in water. There’s therefore plenty of land to explore on Mars.

The Martian gravity is only a third that of the Earth’s.

This means you could leap nearly three times higher on Mars.

Mars has the largest dust storms in the solar system.

They can last for months and cover the entire planet.

Mars has seasons just like on Earth but they’re much longer because Mars is further away from the Sun.

The seasons are more extreme too because Mars’s orbit is in an elliptical shape. That means when it gets cold it gets really cold – even the hottest summer’s day would be not much above freezing. Not exactly beach weather!

A Martian year lasts 687 days – getting on for double that on Earth.

Each day themselves are about the same as on Earth – 24 hours and then an extra 9 minutes.

Sometime is the next 2 to 4 million years Phobos is expected to be torn apart by gravity – leaving a ring of dust and debris around the planet.

As you can see… Mars is a pretty cool place!

You can hear Deep Space High: Destination Mars on Fun Kids Radio or listen to the series below!

More From Destination Mars
Back to top