Artificial satellites are things that have been deliberately placed in a planet’s orbit. They go around and around high in the sky, often with special jobs to do. Earth has plenty for us to investigate!

There are over eight THOUSAND satellites just beyond our atmosphere.

Modern satellites can be smaller than a shoebox, but older ones were much bigger.

One of the biggest is called Envisat, which is about the size of a double decker bus!

Envisat is a communications satellite, one of hundreds of Communications and Navigation satellites carrying television, telephone, GPS and internet signals over the planet.

This is a much newer communications satellite – it’s called Hylas 1. Its job is to carry internet signals to Europe.

And that one’s called Cryosat. It bounces radar signals off ice and snow to provide information about earth’s changing climate.

If we move a few thousand miles along there’s a THIRD sort of satellite called the Hubble Space Telescope!

It’s one of a number of Space Science satellites that look away from Earth – observing space itself and performing scientific experiments. The Hubble Space Telescope is responsible for taking some of the most amazing pictures of the galaxy ever seen on Earth.

Then there’s the only habitable satellite in orbit, the International Space Station!

People actually WORK in there!

One of the great things about Earth is that humans have often worked together to make new discoveries in space.

There’s an organisation called the UK Space Agency that works with the International Space Agency.

They coordinate all the exciting projects – not just on Earth but in the sky too, to make sure there aren’t traffic jams of satellites waiting to take off or collisions in orbit!

However, humans have been sending rockets and satellites into space for over 50 years and this has created rubbish – from flakes of paint to rocket boosters – even equipment that’s been lost by astronauts on space walks like cameras and toolkits.

At low orbits, this junk travels ten time faster than a bullet – it can damage spacecraft. Once a piece of space junk fell to Earth and hit someone – they were okay but could have been killed!

If you want to find out more about space, you should check out Deep Space High!

That’s our podcast series all about it. Sam, Stats, and Quark are all taught about solar flares, cosmic rays, coronal mass ejections and more!

Want to learn more about space? Subscribe to our free Deep Space High podcast and get it direct to your computer, iPhone or iPad

Check out the Miitopia Hub!

Write a poem and win!

How much do you know about Miitopia? 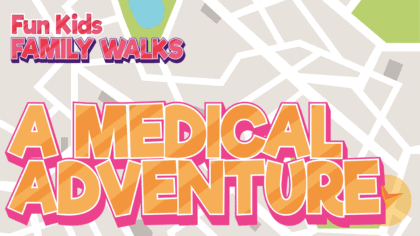 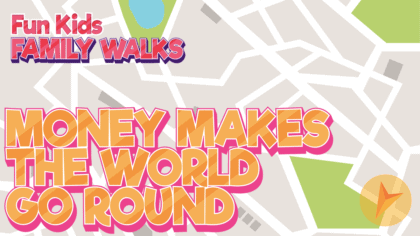 Money Makes The World Go Round

Tudors In The City