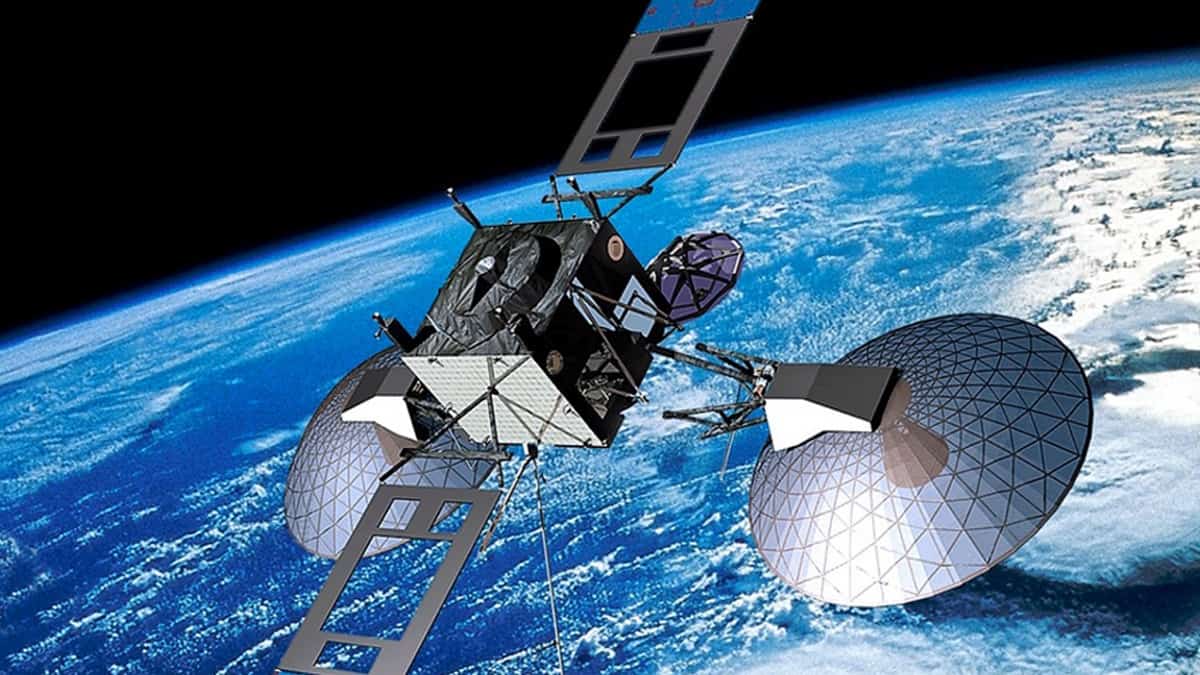 There are loads of satellites up in space! Ones we’ve put there, and natural satellites, things like moons, asteroids, and other bits of space debris.

But there are four very special satellites, all part of the Cluster Mission… They’re called Cluster because they all work together.

The measurements they take from their individual positions means scientists can build up three-dimensional maps of space!

The Cluster Mission is studying the Earth’s magnetosphere over the course of nearly two solar cycles (that’s around 22 years!) That means it’s looking at how the sun’s activities affect Earth’s magnetic field.

They’ve got names too — Rumba, Salsa, Samba, and Tango — which are the same names as some dances!

Each cluster satellite has 11 different bits of kit to measure what’s going on up there!

What’s inside a Cluster Satellite?

They’re made by hand from thousands and thousands of individual parts.

Each one is shaped like a giant disk, about three metres wide and a metre high!

In the centre is a tube with a metal honeycomb cover. The equipment panel inside this tube supports the engine, alongside two tanks of fuel, and other parts of the satellite that help it run.

Another six tanks of fuel are attached to the outside.

When they were launched in 2000, the fuel they carry weighed more than half of the satellite!

Most of this fuel was used up almost straight away during the complex moves required to reach the right places in space.

The satellites are equipped with very fast, high-tech radios so we can talk to them, and they can talk to each other.

The radios also mean we can work out exactly where the satellites are in space!

If you want to find out more about space weather, you should check out Deep Space High: Intergalactic Weather Watch! Sam, Stats, and Quark are all taught about solar flares, cosmic rays, coronal mass ejections and more!

You can hear Deep Space High: Intergalactic Weather Watch on:

Want to learn more about space? Subscribe to our free Deep Space High podcast and get it direct to your computer, iPhone or iPad