Look up all the facts in the Universe Handbook! 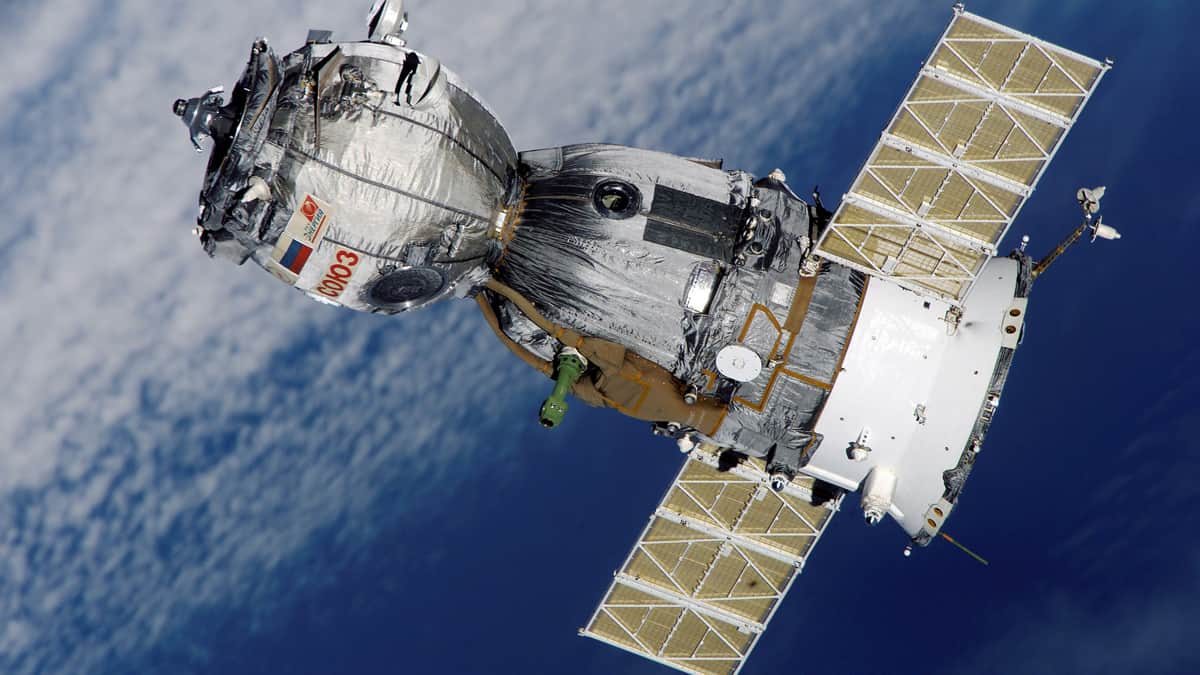 As with anything, before you succeed you often fail. And in the case of exploring space, we’ve failed A LOT!

Just take satellites. These are vital not just for exploring space but for also how we live today. From watching television to communicating with our friends, satellites are massively important.

But as many as we’ve successfully sent up there, many have come crashing back down! So what are the five biggest satellites to fall from orbit?

This 14.5 ton Russian spacecraft was meant to take soil samples from the Martian moon Phobos. It was called Phobos-Grunt because ‘grunt’ means ‘soil’ in Russian.

Unfortunately it didn’t get anywhere near to Mars. Shortly after launching it became stuck in Earth orbit and crashed back into the Pacific Oean on 15th January 2012.

This was meant to be the sequel to NASA’s “Great Observatory”, the Hubble Space Telescope, which was launched in 1990.

The second observatory was launched a year later than Hubble, in 1991. But after it suffered a techy hitch, they were unable to repair the sattelite and it crashed back to earth on 4th June 2000.

However, this crash was actually a controlled re-entry, the first NASA had ever attempted.

This Soviet space station had spent nine years in space. But in 1991 it came crashing back to earth with a spaceship on board making it weigh a massive 44 tons!

Luckily the space station was unmanned since 1986 following a series of technical problems.

It might be a bit of a show when it crashed too – scattering debris over the town of Capitan Bermudez in Argentina.

This was NASA’s first ever space station and weighed a whopping 69 tons – the fact they even got it into space is amazing!

It was launched in 1973 and completed a number of Earth observations, but 6 years later the massive station began falling back to Earth!

Don’t worry though, most of it burnt up in the atmosphere but parts fell in Western Australia.

Last but certainly not least is the largest man-made object ever to fall back to Earth!

This Russian space station weighed an inredible 135 tons and was launched in 1986. It remained active until 2001 and set a number of records along the way, including the longest stay by a human in space (Valeri Polyakov, 437.7 days)!

But in 2001 Russia engineers controlled it’s re-entry to Earth after technical issues. The station burned up in the atmosphere and the remained crashed into the Pacific Ocean.

> See more from Deep Space High: Universe Handbook
> Subscribe to the series for free in iTunes

Playing: rocket to the moon (from over the moon) by cathy ang

Look up all the facts in the Universe Handbook!

More From Universe Handbook
Back to top