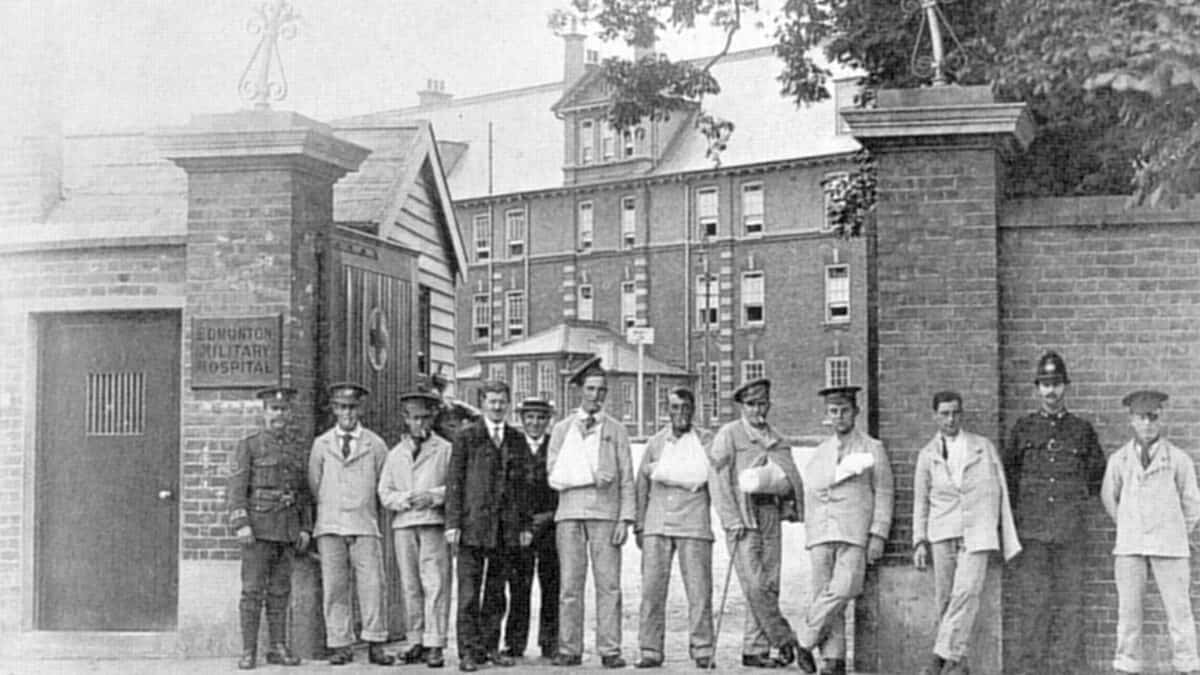 Poppy and Joe find out through an old newspaper article about servicemen and women who died having been brought back to the UK for medical treatment.

In 1915 the Edmonton Infirmary became a military hospital.

As one of London’s main military hospitals, it received casualties from the battlefields of France and Belgium.

The injured came to Britain on hospital ships and ambulance trains.

They were purpose built trains that carried casualties from the coastal ports to the cities. Thousands of sick and injured were transported to hospitals across Europe. The trains had wards, pharmacies for medicines and kitchens, and could be up to a third of a mile long.

Edmonton Military Hospital was planning for around 2,000 beds to cope with the casualties of the First World War.

Did you know that over 170,000 Commonwealth servicemen and women are buried in the UK?

Those who died overseas would have been buried where they died, but those who died after having been brought back to the UK were buried in local cemeteries. Servicemen who died in Edmonton Military Hospital were buried in the local Edmonton Cemetery. That was of course unless the families wanted them buried somewhere else.

Some of those buried here might have been killed in training accidents or when defending the home front in Britain. There was a lot of fighting taking place in the skies above us and in the seas surrounding us – in both world wars. Most of those buried in the UK were in local churchyards – usually with a Commission headstone.

There are some large military cemeteries in the UK.  The largest is Brookwood Military Cemetery near Woking. As well as memorials to Commonwealth service personnel who died and have no known grave, there’s also one for the special agents who lost their lives during th Second World War whilst operating behind enemy lines.

Playing: can't stop the feeling (from 'trolls') by justin timberlake