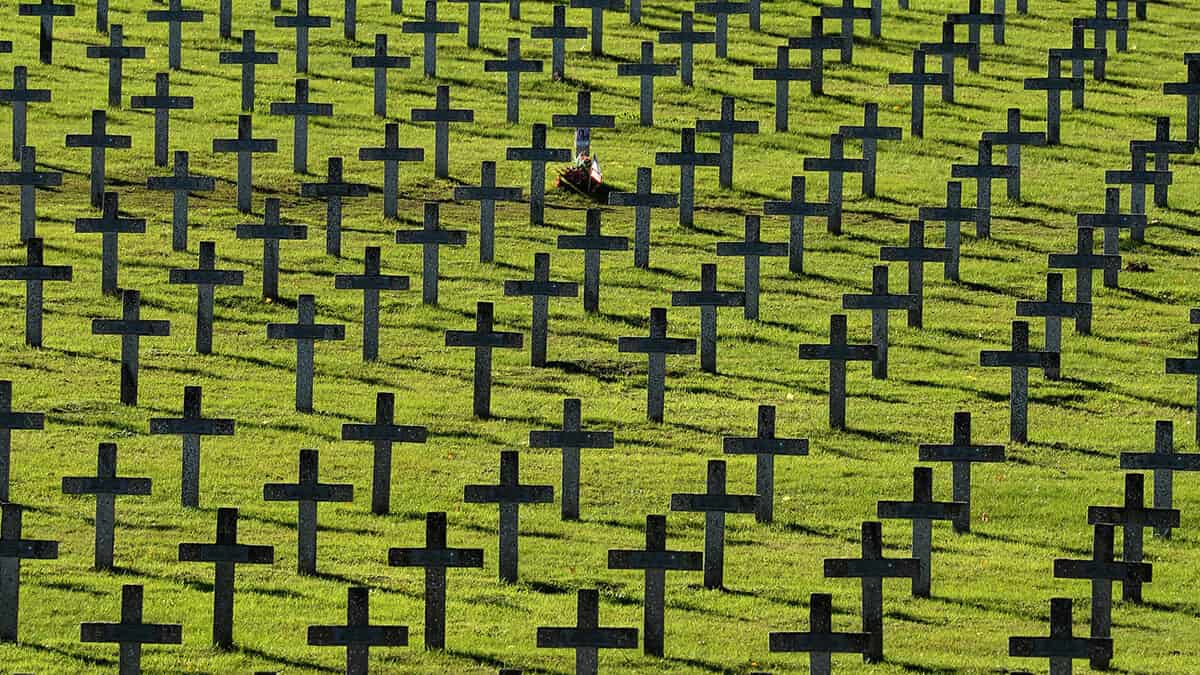 Poppy and Joe find out about the Living Memory Project and some activities to help remember the dead from the First and Second World Wars.

A hundred years have passed since the Great War – what we call the First World War.

People today still want to remember soldiers, airmen and sailors who fought, suffered and died in that terrible war, as well as in World War Two and in other wars that have happened since.

On Remembrance Day – 11th November – we remember soldiers, service men and women who died or were wounded. Many soldiers in the Great War were very young.

Families lost sons, brothers, fathers, uncles. It made people very sad. Remembrance is about understanding how we cope with sadness and loss.

Remembrance Sunday is the Sunday nearest to the 11th November. That’s when the Queen and members of the Royal Family, as well as leading politicians lay wreaths on the Cenotaph.

The Commonwealth War Graves Commission ensures that 1.7 million people who died in the two world wars will never be forgotten.  The Commission cares for cemeteries and memorials at 23,000 locations in 154 countries.

The Commission’s Living Memory Project encourages community groups to discover, explore and remember their First and Second World War heritage – with everyone in the UK having at least one war grave three miles from their front door.

When you visit a war graves, why not lay some flowers on the graves. Tweet your pictures #LivingMemory or email: [email protected]

Virtual Cemetery is an online, interactive tool which allows you to explore the history of the CWGC, the cemeteries and memorials that it cares for around the globe, and the people that it commemorates.

If you are ever in Northern France, why not try a Remembrance Trail – they take you on a journey of discovery across the battlefields of Loos, visiting some of the Commission’s cemeteries where many of those killed in the battle lie buried and discovering more about the battle and the experiences of those who fought it.

Along the trail, you can find out about the stories of some of the men who fought and died here – using your mobile phone to recreate a picture of life and death on the Western Front.