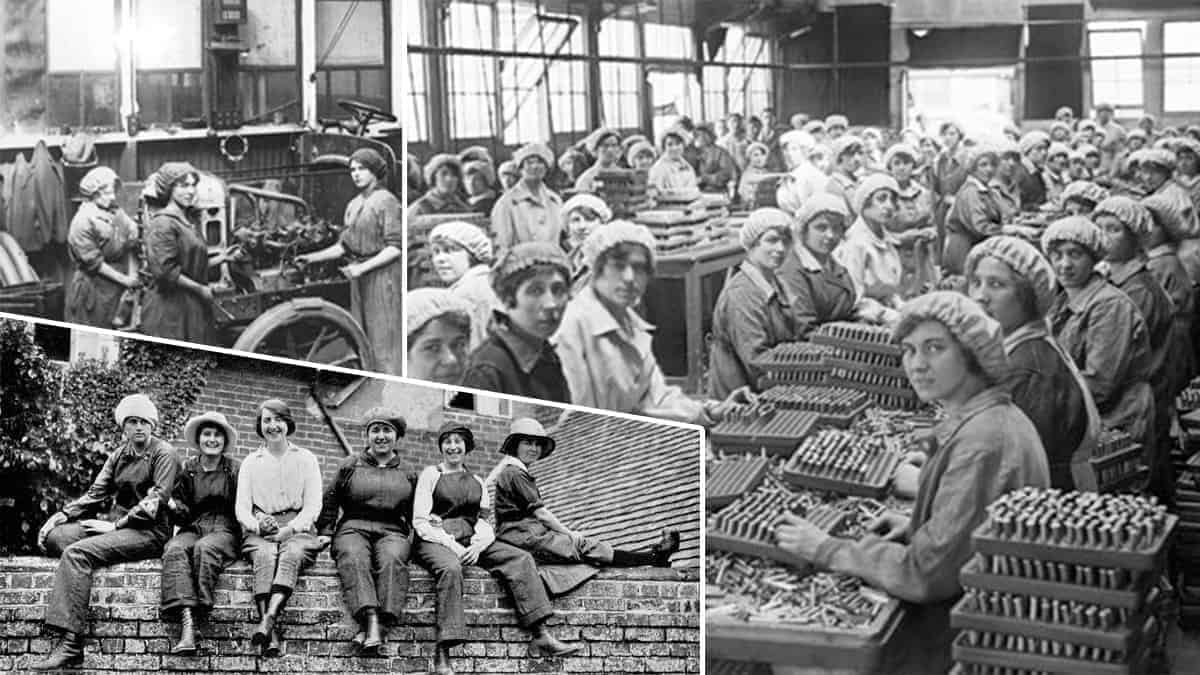 Well, the First World War brought many changes to the lives of British women.

Over eight million men were out fighting in the trenches and so women were actively recruited to take on roles traditionally occupied by men.

Not all of the opportunities the war provided to women were entirely positive or long lasting.

Many women were already in paid employment by 1914 – before the First World War a significant number worked in industry, although mainly in textile manufacture.

After 1915, when the demand for ammunition shells grew, women were recruited to manufacture weapons known as ‘munitions’. By 1918 almost a million women were employed in some aspect of munitions work.

Women in large shell-filling factories worked with an explosive called TNT which could cause a fatal condition called toxic jaundice. There were also several devastating explosions in munitions factories in which women workers were killed.

The first women police officers served during World War One and many women began working in transport with jobs such as bus conductors, ticket collectors, porters, carriage cleaners and bus drivers.

During the war the number of women working on the railways rose from nine-thousand to fifty-thousand!

While these new opportunities became available to women during wartime, many jobs were closed to them after the war as servicemen returned to resume work.
You can hear The Great War – Through a Child’s Eye on Fun Kids Radio or listen to the series below!


…or you can listen here: