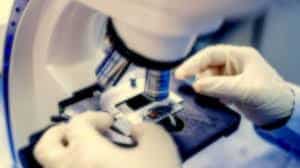 When we think of pathology, we might think of dead bodies – like in Professor Hallux’s favourite TV shows ‘Time Cop Crime Stop‘ where the Crime Cops solve all types of mysteries by looking at the evidence and asking questions.

But pathology is actually mostly about what happens to us when we’re alive. When we’re poorly, we go to see a doctor who may rely on a pathologist to tell them what’s making us poorly.

Let’s follow Josh’s story – he’s feeling pretty poorly and has been complaining to his mum that he has a bad pain in his right side and feels quite sick.

His mum notices that Josh has a slight fever and remembers he did not eat breakfast that morning, nor has he eaten his packed lunch! So even his mum is looking at the evidence, just like the pathologists do. She thinks that this isn’t normal for Josh at all. Time to go and see a doctor.

Thing is, Josh is in so much pain when the doctor examines him that Josh’s mum is told to take him to the hospital.

The evidence is mounting up for it being something quite serious by the look of it!

At the hospital a sample of blood is taken and examined by the Haematology department. Haematologists are a special kind of pathologists who look at blood samples.

They can see that there are more white blood cells than normal, a sign, which when combined with the other symptoms, suggests that Josh might have acute appendicitis. Appendicitis is when the appendix, which is a fine-like pouch in the large intestine, becomes very inflamed and swollen.

Josh needs to have a simple operation to have it removed. Once the appendix is removed, it will be sent to the Anatomical Pathology department so they can take a closer look, just to make sure there is no evidence of any other problems.

More From Professor Hallux’s Pathology Puzzles!
Back to top