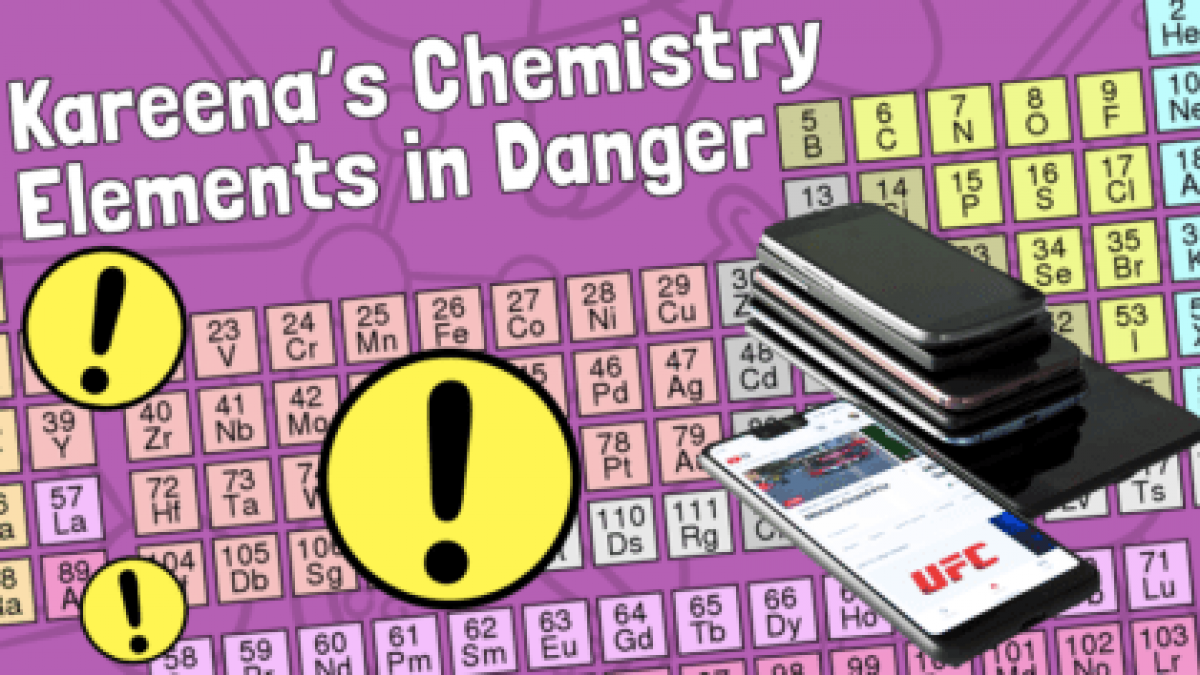 We’ve seen loads of elements that are in our phones but in danger of running out.

What about all the other elements in your phone?

There are over 70 different elements in your phone! Let’s look at some…

The not rare ones

You’ve probably heard of these ones.

They are mixed with other elements to make loads of different compounds used to make things in phones like the screen, batteries and plastic case.

The rarer then you think ones

Both of these might be rarer then you think but they are both easily recyclable so they are easy to preserve as long as we recycle our phones.

This is used as an electrical conductor in the circuit board of your gadgets.

This is used to help make the screen.

This is used to make batteries. You may have even played with it before as it’s also used to make strong magnets.

This is used to make micro-capacitors.

This is used in the circuit boards as it’s chemically stable and conducts electricity.

These can be harmful but you don’t need to worry about them – they’re in your phone in such small amounts that they wont harm you.

This is used as solder which is used to join different components of the phone together.

This is used to make semiconductor devices.

Playing: everybody wash your hands by genevieve goings