Learn all about chemistry with Kareena and her chemistry superhero alter-ego... K-Mistry! 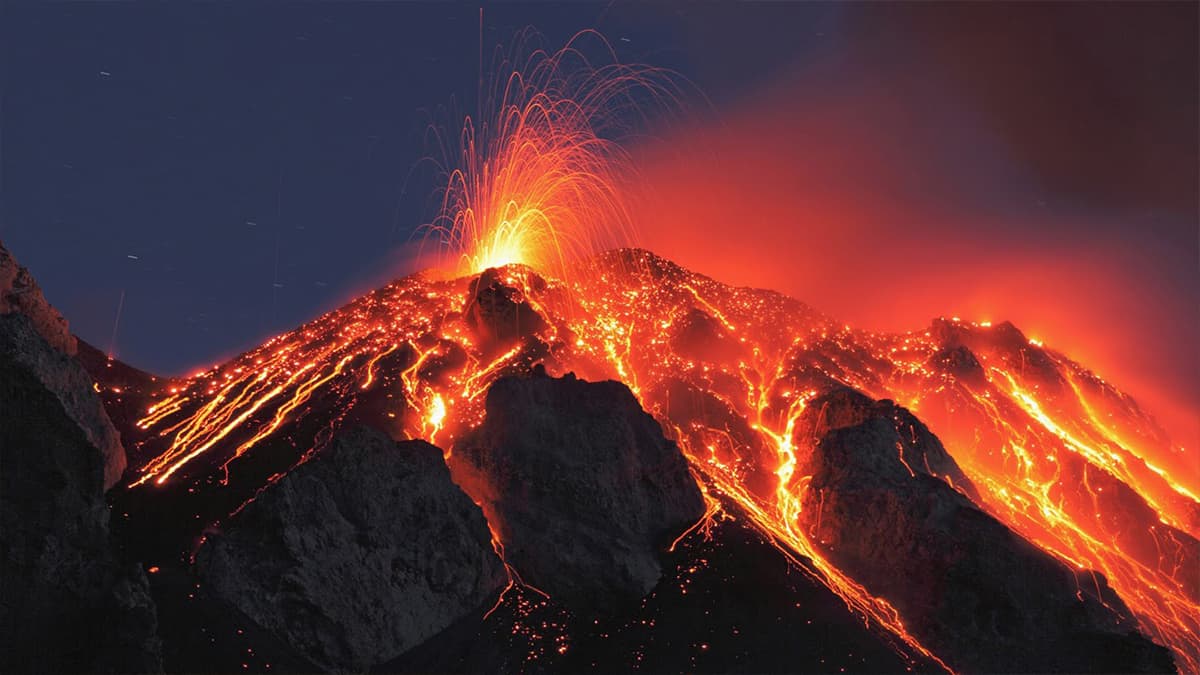 Volcanoes are pretty amazing! They are huge openings in the Earth’s surface and when active they can let ash, gas and hot magma escape in sometimes and spectacular eruptions.

In fact, volcanic eruptions can send ash high into the air, over 30km (17 miles) above the Earth’s surface!

Now we can’t get anywhere near this – and who would want to!? – but let’s carry out a chemistry experiment where we use different substances to create our very own erupting volcano!

How you do it:

So, what’s going on?
The cold red lava is the result of a chemical reaction between the bicarbonate of soda and vinegar. Carbon dioxide gas is produced, which is also present in real volcanoes.

As the carbon dioxide gas is produced, pressure builds up inside the plastic bottle, until the gas bubbles (thanks to the washing up liquid) erupt out of the ‘volcano’.

To make a real volcano create a salt dough by mixing 6 cups of flour, 2 cups of salt, 4 tbsp cooking oil and 2 cups of water in a large bowl until smooth and firm. Mould around the drinks bottle into a volcano shape. Be careful not to drop any dough in the drinks bottle or cover the hole.

As with all science experiments, make sure you have a responsible person supervise you at all times. And remember to have fun!

Learn all about chemistry with Kareena and her chemistry superhero alter-ego... K-Mistry!

More From Kareena’s Chemistry
Back to top