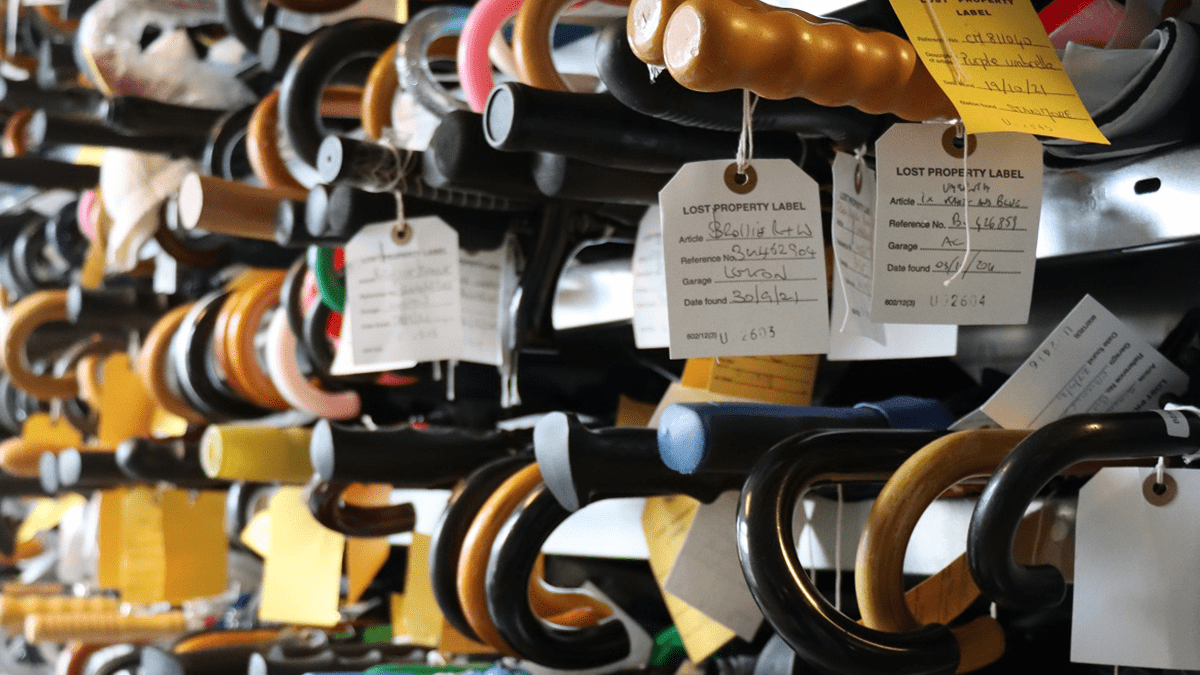 From horses and carriages, to buses and trains, there’s lots to discover!

Since opening in 1933, London Transport’s Lost Property Office has processed and stored over 15 million lost items.

When it opened, the most commonly lost objects were gloves and umbrellas.

These days, it’s mostly mobile phones that end up in the Lost Property Office – the majority of which are found on London’s buses.

Over the years, the Lost Property Office has received an incredibly wide range of lost objects – from everyday hats, bags and toys to unusual items including a skeleton, a mattress and even a grandfather clock!

Lots of cuddly toys are left on buses and Tube trains and end up in the Lost Property Office.

Every year, hundreds of new, unclaimed children’s toys are donated to charities so that they can find a new home with children who need them…

The London Transport Museum has loads of cool stuff you can check out!

This series is made with support from London Transport Museum