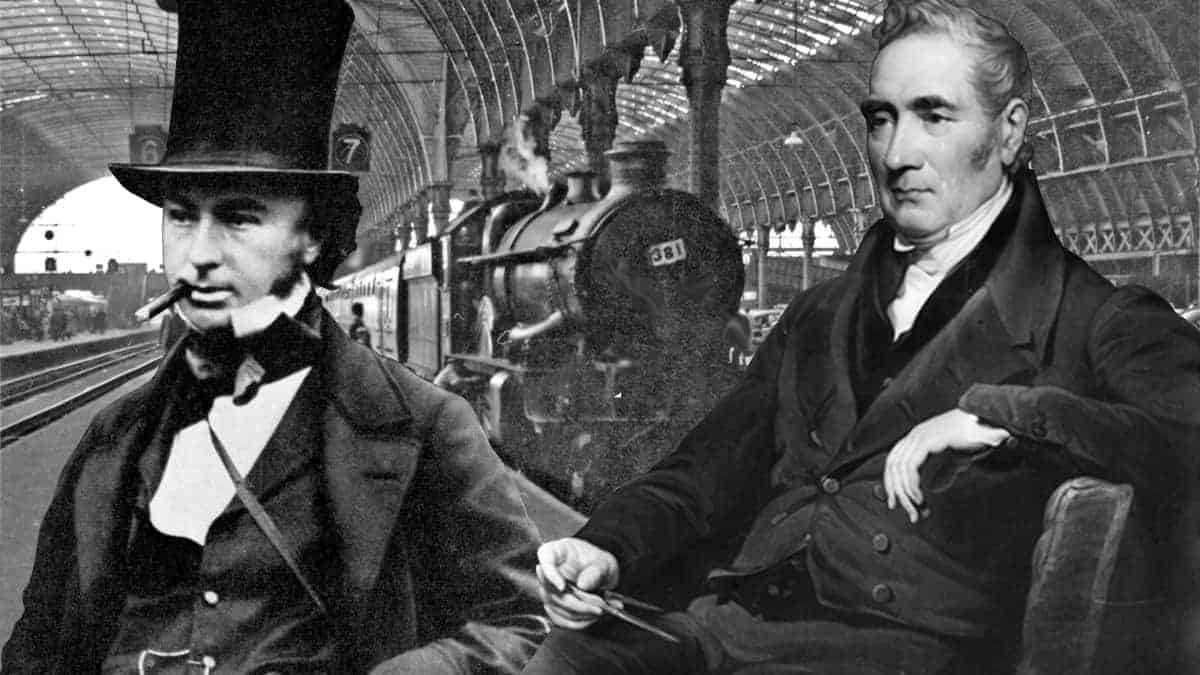 You might recognise a few of these names from classes at school, or from walks around cool railway museums!

Here are some of the people who helped make the railways a reality – from drawing up the blueprints to laying the track.

Find out more about George Stephenson, Isambard Kingdom Brunel, and the navvies!

George Stephenson built his first train, the Blucher, at Killingworth Colliery and demonstrated that a train could run along an iron track at six miles an hour without a stationary engine.

He used a gauge (the width of track) of 4 feet, 8.5 inches when designing the Stockton to Darlington Railway.

This is known as the standard gauge and is used in Britain today!

Isambard Kingdom Brunel was the chief engineer of the Great Western Railway (GWR) which links London and Bristol!

Brunel extended the railway to connect to Plymouth and Cornwall, built the Tamar Bridge and Box Tunnel to overcome major obstacles on the route.

However, as 90% of the railway used Stephenson’s standard gauge, an Act of Parliament in 1846 stated that all railways had to be built to the standard gauge making it easier for trains to run on all tracks across the country.

The people who did the physical work to construct and maintain the railways were called Navvies.

Most of the work was done by hand, using picks and shovels.

Work was dangerous, and many navvies died due to accidents such as tunnels collapsing or explosions.

Navvies moved across the country with the railway construction, living in cheap lodgings or temporary shanty towns in the open country, accompanied by their children.

More From Britain’s Digital Railways
Back to top