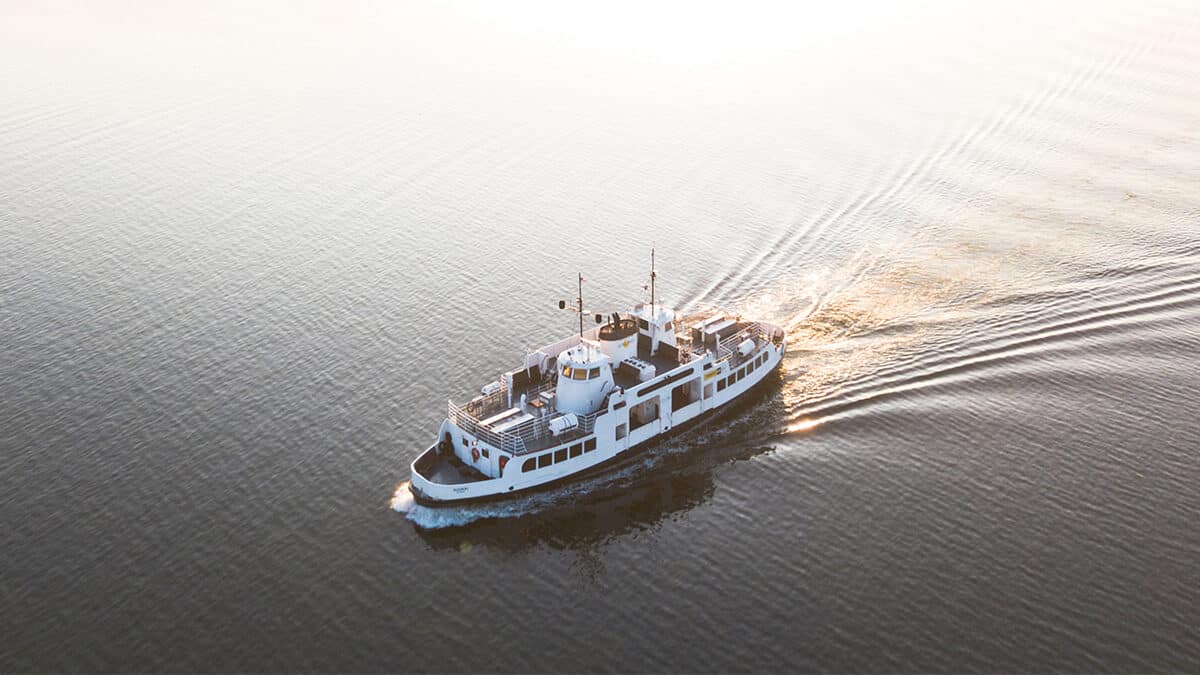 You might have been on a boat when travelling between the British Isles and the continent.  This boat is likely to have been a ferry; that’s a ship that’s used to carry passengers, vehicles and cargo across water.

The first ever steam-powered ferry began in October 1811, when the ‘Juliana’ began its service between New York City and Hoboken in New Jersey.

But possibly the oldest and longest running ferry service is the Mersey Ferry between Liverpool and Birkenhead.

Modern ferries are often double-ended ferries, which means you can get in and off from either of the bow or stern.  This allows them to shuttle back and forth between two places without having to turn around.

Another type of ferry is the ‘Pontoon’ ferry which carry vehicles across rivers and lakes.  They are often used when where the cost of a bridge is very expensive. One or more vehicles are carried on a pontoon with ramps at either end for vehicles to drive on and off. Cable ferries are usually pontoon ferries, but pontoon ferries on larger rivers are motorised and able to be steered independently like a boat.

One ferry you may well have been on is the channel ferry which goes from Dover in England to Calais in France.