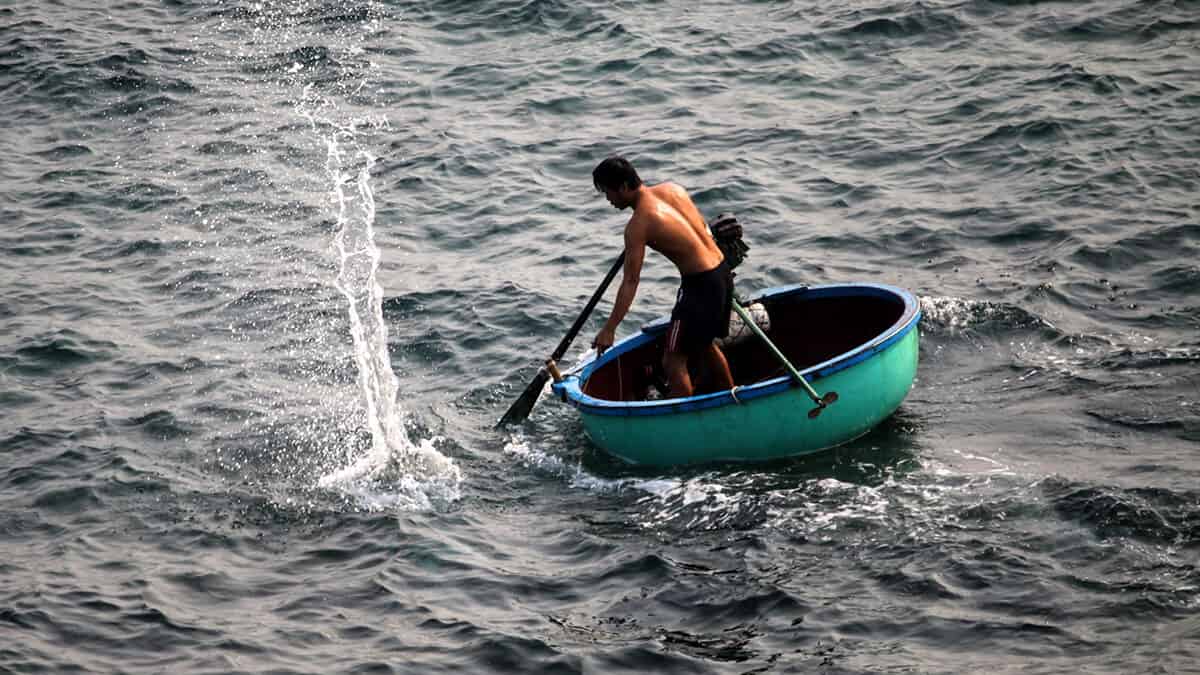 The Coracle is a small, lightweight boat – found all over the world from Scotland to Tibet.

They’re an oval shape and made of a framework of willow rods tied together, over which was stretched an animal skin, such as horse hide, with a thin layer of tar to make it fully water proof.  The Asian version of the coracle is made slightly differently – they use interwoven bamboo and waterproof the boat using resin and coconut oil.

A modern coracle is usually made with tarred canvas, or simply fibreglass.

Designed for use in the swiftly flowing streams of Wales and parts of the rest of Britain and Ireland, the coracle has been in use for centuries, having been noted by Julius Caesar in his invasion of Britain in the first century BC, and used in his campaigns in Spain.

Coracles don’t have a keel – it has a flat bottom that evenly spreads the weight of the boat and its load – that means a coracle is great when you only have shallow water.

As there is no sail or engine, you have to use a broad-bladed paddle to move the coracle about.  You move the blade in a figure-of-eight pattern in the water. The paddle is used towards the front of the coracle, pulling the boat forward, with the paddler facing in the direction of travel.

They are great choice for fishing because they hardly disturb the water or the fish, and they can be easily manoeuvred with one arm, while the other arm tends to the net.

Coracles can be so light and portable that they can easily be carried on the fisherman’s shoulders.

More From Sean’s Ships – How Ships Work
Back to top