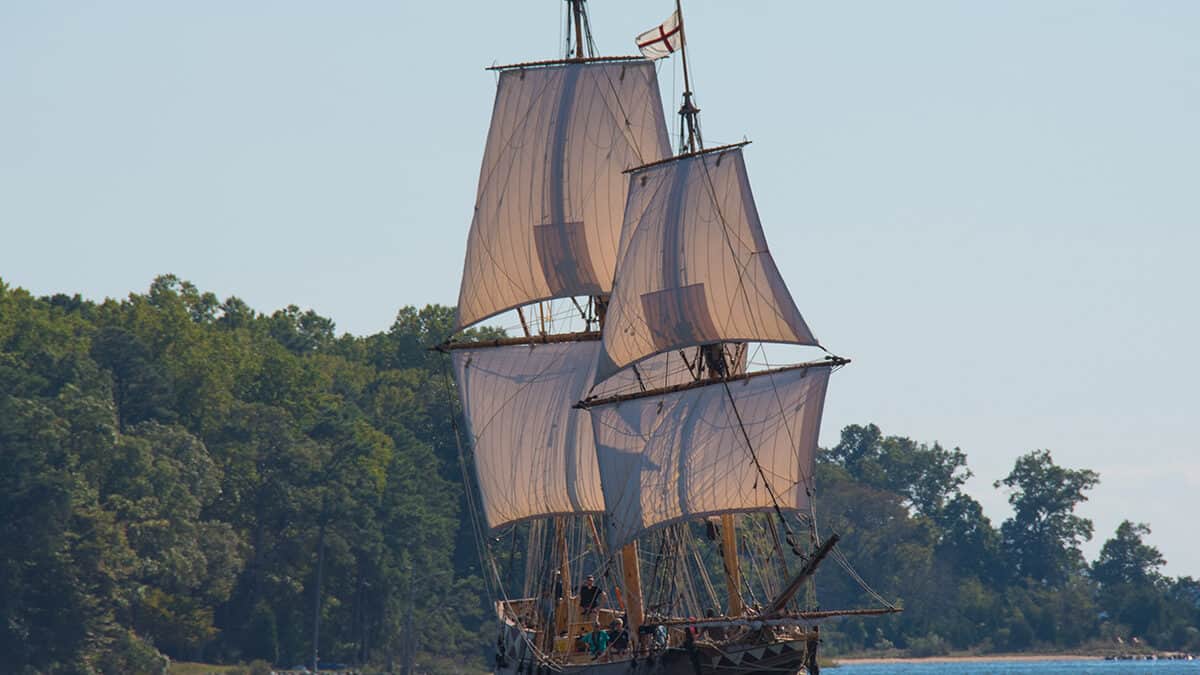 During the 19th century, international trade began to boom with countries trading with far-away nations.  And they needed more from their ships.  The large trading companies therefore began to invest in new ocean-going merchant ships that needed to be spacious to store the cargo, strong and well-armed to fight off pirates and comfortable for their captains and passengers.

Above all else, speed was everything and led to a new, fast ship being designed  – the Clipper!  With their streamlined bow, they were the fastest ships of their time.

You can see a real-life clipper ship in Greenwich, London – the Cutty Sark.  She was built in 1869, and was one of the last tea clippers to be built.  But also one of the fastest!

The Cutty Sark was designed for the tea trade, then an intensely competitive race across the globe from China to London, with a substantial bonus to the ship that arrived with the first tea of the year.  As such, she was designed to make best use of the strong trade winds around the African coast route.

One of the notable differences between the Cutty Sark and other clippers is that in addition to her streamlined bow, she was given a much squarer stern than was normal. And it was this broader stern that increased the buoyancy of the rear of the ship, making it lift more in heavy seas, and so reduced the amount water that would break over the stern, and over the helmsman at the wheel!

Here’s some facts about the Cutty Sark…