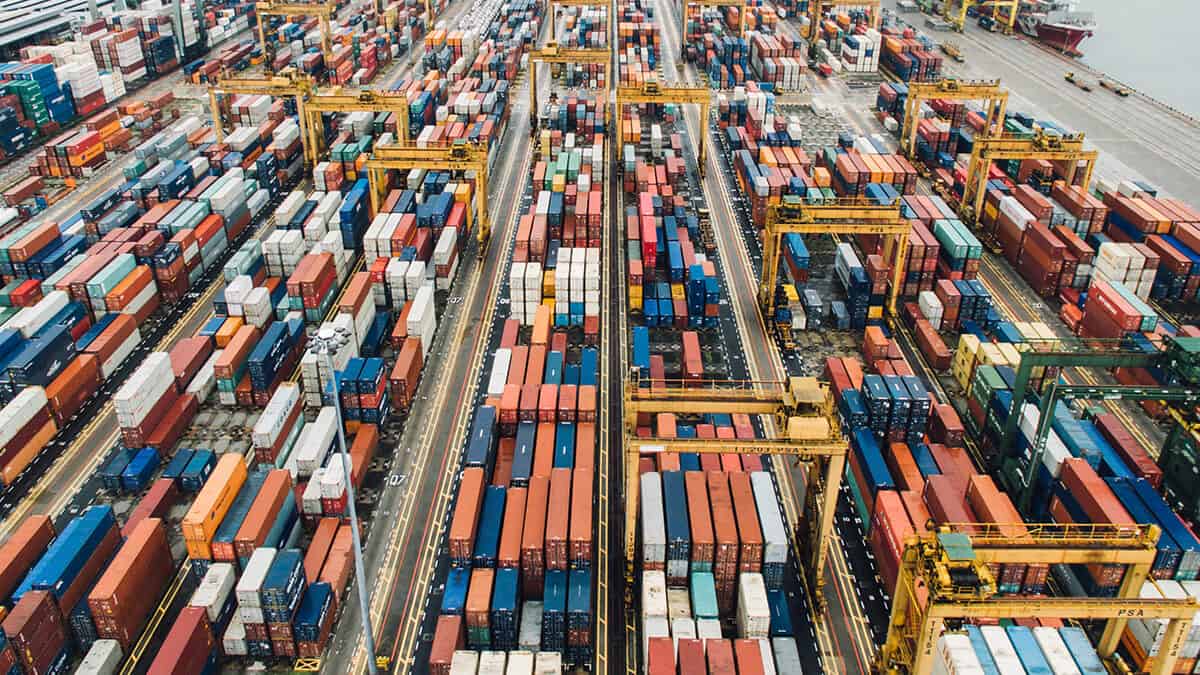 We are at the Mipo Dockyard in Ulsan, South Korea.

The ships are made in sections. Entire multi-deck segments of the hull or superstructure are built elsewhere in the yard, transported to the building dock, then lifted into place, which is why you can’t see them being made here.

This is known as “block construction”. The most modern shipyards pre-install equipment, pipes, electrical cables, and any other components within the blocks, to minimize the effort needed to assemble or install components deep within the hull once it is welded together.

To make ships more efficient and environmentally-friendly, composite materials are now being used more in modern and futuristic ship design.

A composite material that is used in ship and boat design would be Polymer-based (plastic) composites like Glass Reinforced Plastic.

Glass Reinforced Plastic is Still light like Plastic, but stronger like glass.  Polymer composite materials also don’t corrode as steel does – meaning they are cheaper to look after.

Saving weight is also really useful in ships. Mainly as it will reduce fuel costs and is also much better for the environment. Also in things like cruise ships it means you’re able to  fit in more rooms, Casinos and Restaurants – which means more money can be made.

Another new material is BuckyPaper. Which is made up of carbon nanotubes. Each tube is 50,000 times thinner than a human hair and 1 tenth the weight of steel.

Playing: as i lie here in my bed by nick cope