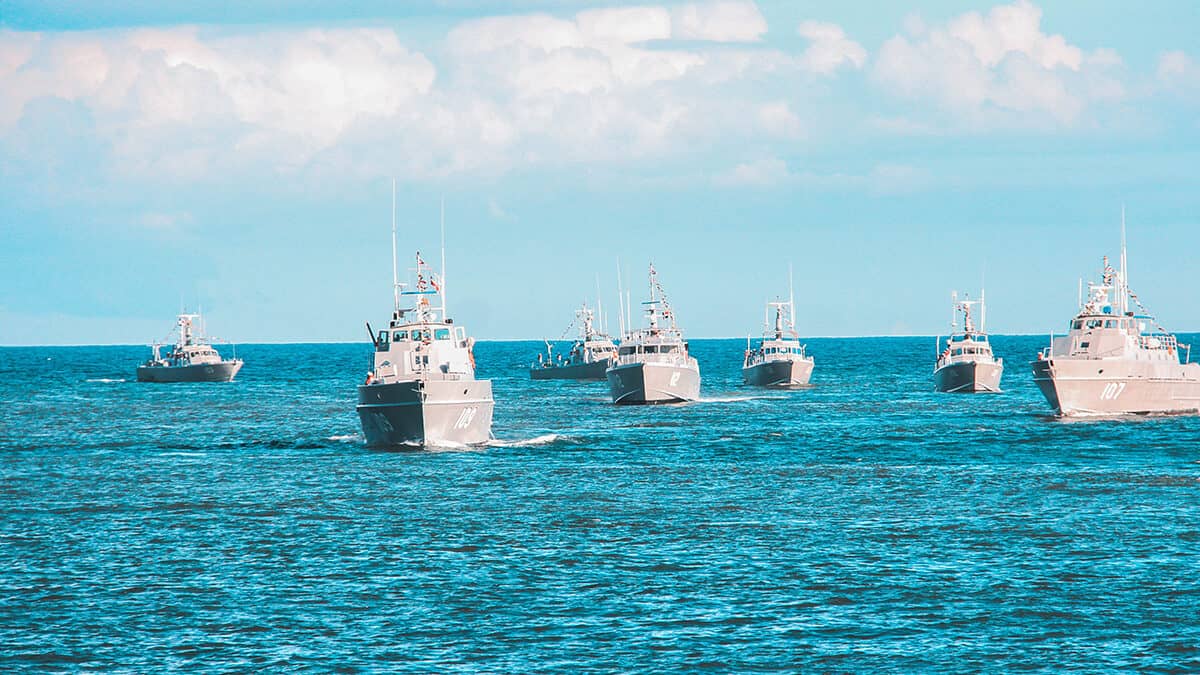 The industrial revolution of the 19th Century made it possible for the design of boats to change dramatically, and for ships to be built with new materials – in particular, iron.

Whilst iron had been used on ships for many years, it had been used to strengthen old fashioned wooden ships in discrete areas in a wooden hull that need greater strength, before being used in the form of plates together and made watertight to form the hull itself.

Brunel’s ‘Great Eastern’ was a great example of the next generation in shipbuilding. Built entirely from iron and steel, it was much cheaper and lighter than other ships of the time.

The Great Eastern had both sail, paddle and screw propulsion, although using sails turned out to be a bad idea when the boat was under steam – the hot exhaust from the funnels would set them on fire!

The Great Eastern was also the first ship to incorporate a double-skinned hull, a feature that would not be seen again in a ship for several decades, but which is now compulsory for reasons of safety.

An all metal ship that you can see is HMS Belfast on the River Thames in London. This warship was built in 1936 and was designed for protecting Atlantic trade. However, disaster struck after only two months at sea when she hit a magnetic mine. The damage to her hull was so severe she was out of action for three years.

HMS Belfast was quite a warship, with 48 guns, 8 machine guns and 16 anti-aircraft guns; that’s not including 6 torpedo tubes and space for 2 planes. The ship is around 600 ft long, with a total of 9 decks!

Playing: hold on by justin bieber

More From Sean’s Ships
Back to top