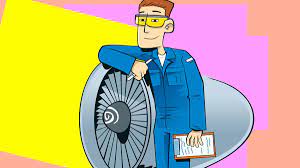 Tim loves coming up with ideas for cool new gadgets, which isn’t surprising really when his mum’s an engineer.

Aeronautical and space engineers work with aircraft and things which we make that can fly!

That can include enormous jumbo jets or even cool rockets but they also create smaller things, like satellites the size of a small table or drones that fit in one hand.

There’s lots of exciting new technology and it comes in all shapes and sizes.

So what’s the difference between aeronautical and aerospace engineers?

Aeronautical engineers work with aircraft that operate inside the earth’s atmosphere – things like planes, helicopters and drones.

Aerospace Engineers work on things which operate… in space!

A lot of new aerospace jobs have been created because of our need for satellites. We’re using more and more of them all the time – not just for watching the telly, but to observe the earth and the atmosphere.

Over the next ten years it’s expected that there will be over three THOUSAND launched! That’s a lot of launches, and they don’t just magically appear up in orbit.

Something has to carry them into orbit.

This aerospace engineer is working on a space plane which will fly both to outside of our atmosphere. It could carry satellites into orbit or take supplies to the International Space Station – which is a satellite itself!

A space plane is kind of like very fast, very hi-tech van. Some tester planes have taken some test flights!

The tech podcast taking a look at the engineering behind the gadgets we use everyday!

The tech podcast taking a look at the engineering behind the gadgets we use everyday!