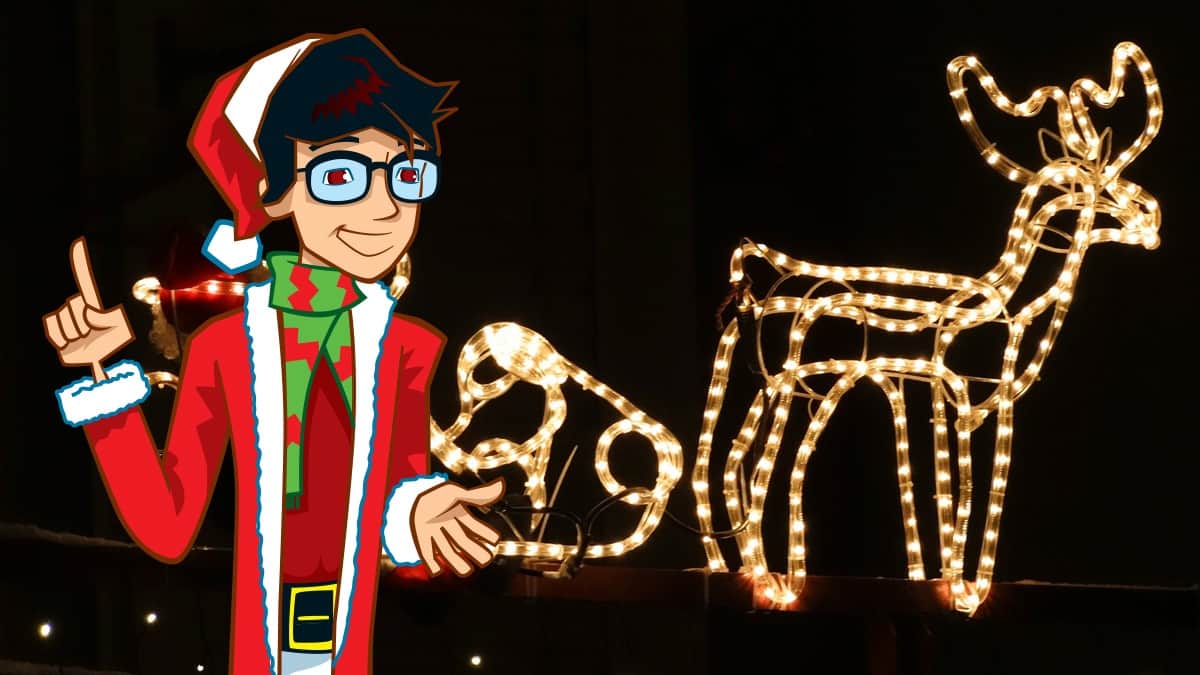 Now I’ve been letting you into some of Santa’s sleigh secrets – but a sleek, light sleigh alone isn’t quite enough. Simple physics dictates that a good flying sleigh is going to need some wings if you want to visit all the children of the world in one night.

A sleigh needs wings because you have to develop lift to get off the ground. Just like a plane!

To generate lift you need to have more pressure going under than over the wings. We started by having a look at how aerospace companies do it – they design wings that are curved on top and flat on the bottom. That way, air flows faster over the top of the wings – and slower underneath. And the faster air flows, the lower the air pressure and so you get that much-desired lift.

This is called Bernoulli’s Theorem and was discovered by a 16th century Swiss mathematician Daniel Bernoulli. But let’s just say someone else a little further to the north might have known about it centuries earlier.

With a properly designed sleigh, all we then have to do is generate enough speed to get the lift needed to take off. Airplanes do it with powerful engines. But engines, of course, are very loud and might wake children up as Santa makes his rounds. That’s where the reindeer come in – but more about them another time.

Oh, and before I go, you might be asking but where are the wings? You might think you’ve never seen wings on Santa’s sleigh. Well, I’ll let you into a little secret – they tuck in just above the runners and only come out at the very last minute!

And when we’re flying, well of course the whole sleigh become invisible anyway – but again, that’s for another day.

Playing: my own way (from the lion guard) by fuli