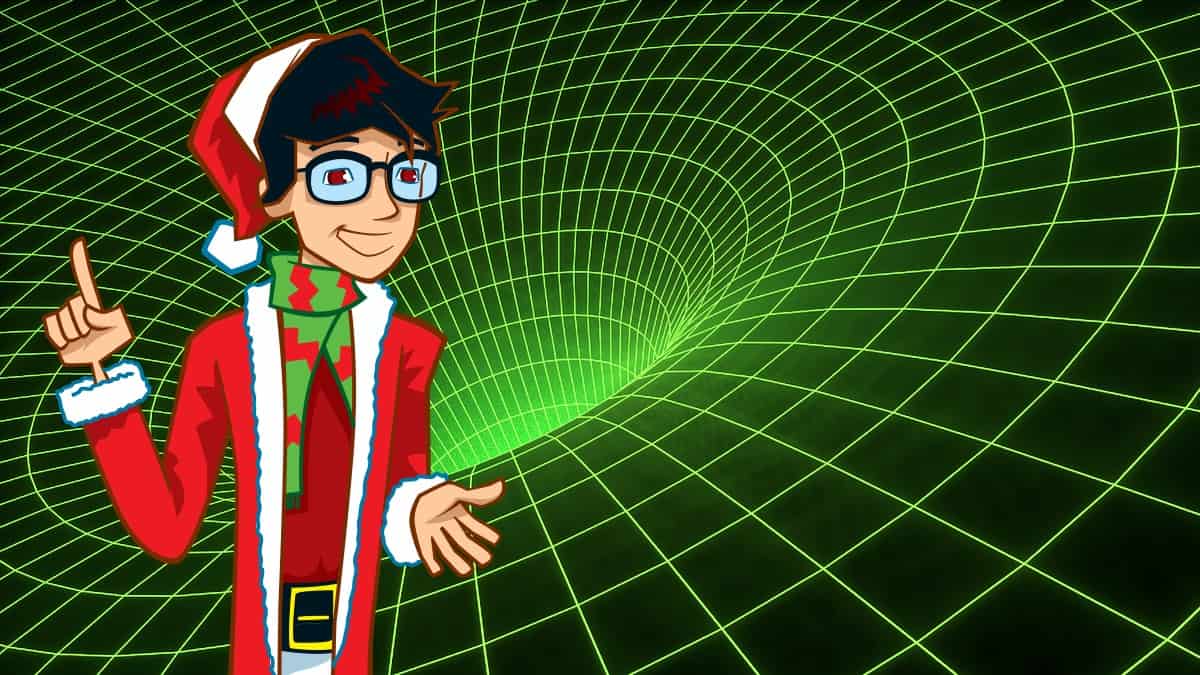 Now I know some of you are still a little confused as to how Santa is able to travel so quickly. Well, without giving away all his secrets I can tell you that we’ve become quite the experts on the theory of relativity.  We’ve learnt that time can be stretched, space can be squeezed and light can be bent – and use this to create controllable rifts in time called relativity clouds.

This means that Santa has more than just 36 hours to make all those deliveries – months in fact!!  This may also explain why none of you have ever seen Santa deliver those presents. It’s all over before you have time to blink.

Now, there are a few things that even me and the elves aren’t allowed to know. We’ve heard that Santa has been experimenting with wormholes to control time and space. But the big man is very tight-lipped on what he is doing in there!

It’s got a lot of the elves scratching their heads because wormholes are thought to be very dangerous – likely to collapse suddenly and expose the traveller to dangerous radiation. It certainly doesn’t sound like something Mrs Claus would allow Santa and his reindeer to travel through.

And would also almost certainly invalidate Santa’s Sleigh insurance which would be a very serious matter. Knowing Santa, he throws a little magic in to keep himself safe – after all Santa’s not just anyone!

Now, back down here in the technology lab, me and the elves have been working on using a fleet of drones to help deliver the presents – special Rudolph Drones that can fly at 500 miles per hour. These early models seem to be working well but we’ve calculated that Santa would need around 30,000 drones in order to achieve all the deliveries! Where would we keep all of them? We’d need an airport as well as a stable! I’m not sure that drones will be the answers. But you never know – instead of looking out for the sleigh – maybe see if you can spot a drone!

Playing: part of your world by jodi benson