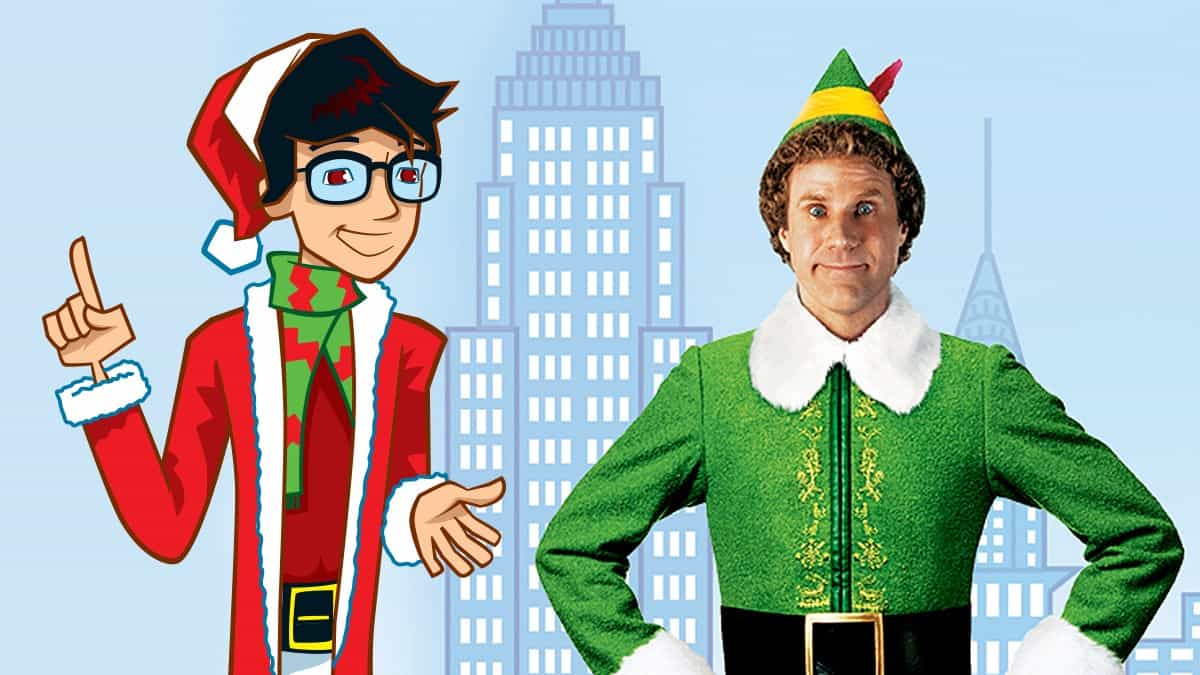 Now, Santa gets a lot of attention during the holiday season. He deserves it – he has to look at all the wish lists, check to see if you’re being naughty or nice, and travel around the entire world in just one night to deliver all of those presents. And all by himself!

Well, the truth of it is, he doesn’t! He’s got a crack team of elves who help him with every aspect of Christmas.

There are all sorts of elves of course. Tiny fairy ones that fit in the palm of your hand. Leprechauns ones who you’ll find near rainbows and clover fields. And then tall slim elves who are great at archery. Watch out – that was a little close!

Now Santa hasn’t got much use for rainbows or archery, so his elves have been especially chosen because they have some unique characteristics which make them perfect Christmas helpers. For starters – look at their ears!

One of Santa’s elves’ defining characteristics are their pointy ears, which really help in anticipating repairs on Santa’s sleigh. They have a large pinna – that’s the tissue on the outer ear – it helps elves localize sounds like a screw that’s become loose on a sleigh’s runner.

Their brilliant hearing mean they also have a talent for echolocation – that’s a skill you find in bats where they can hear reflected sounds to help see obstacles in the night sky – very handy because it gets dark as anything on Christmas Night and Santa doesn’t want to be seen.

Another thing we look for in elves is dexterity! This means that they are good at using their hands and doing fiddly jobs, and makes them ideal for crafting all sorts of presents from wooden rocking horses to the latest games console.

Just like you, they have to attend school, although of course, they go to an Elf School situated locally in the North Pole. Here they learn several basic subjects in order to function correctly in the workshop. These include Woodworking 101, Computer Science and Technology, Locomotives (Large and Miniature) 101 and Advanced Return Policies. Once an elf graduates with enough elf school credits, he or she can gain clearance to perform a wide variety of duties in Santa’s workshop.

On a few rare occasions human children have attended elf school too and been granted honorary elf status. So if you’ve got big ears and are good with your hands, you might think of applying yourself!