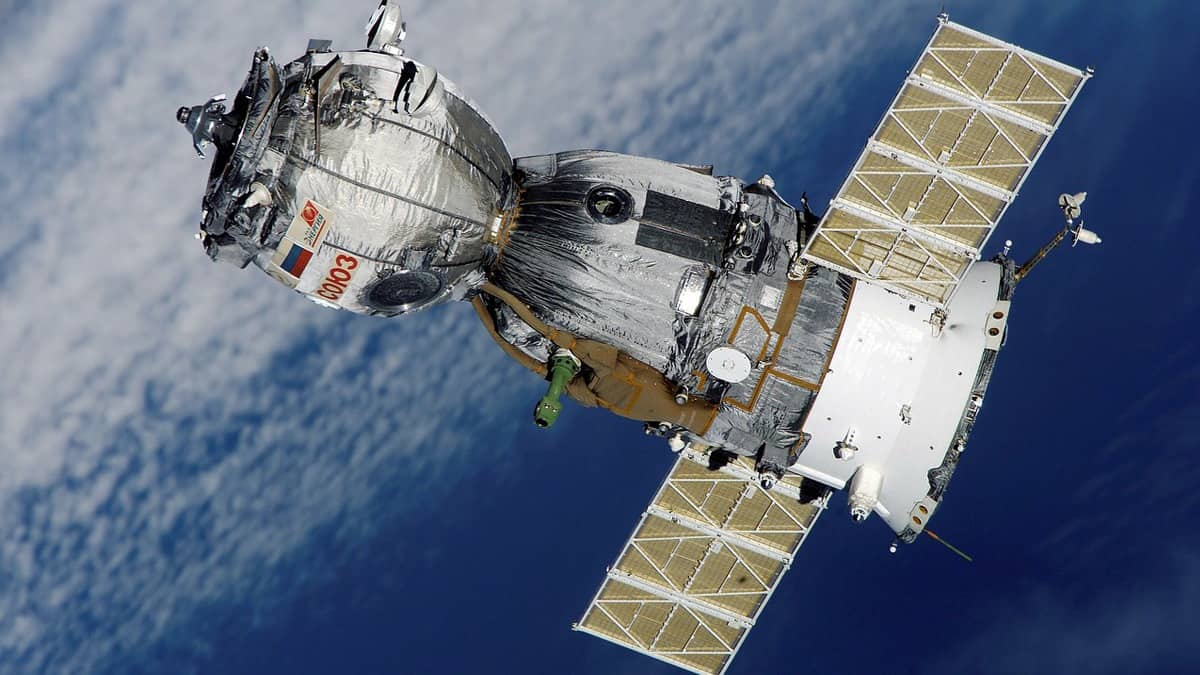 Not everyone receives TV and radio signals from radio waves travelling through the air, it can also be done with satellite and fibre optic cables.

It’s pretty amazing that radio waves manage to get from the transmitter to our radios and TVs at all. There are so many things to get in the way – however high up the transmitters are!

Imagine if there were no buildings, no hills and no trees – signals would carry on forever, wouldn’t they?

Unfortunately not! That’s because the earth is round, which means it curves. Very high frequency radio waves travel in straight lines so at some point they would just… disappear into space.

There are a couple of ways to get around this problem though. One is using something flying above our heads – satellites!

Communication signals of all sorts can be beamed to satellites thousands of miles above the earth. Satellites send the signals back down to anyone who has a dish.  It gets around the problem of stuff getting in the way because… well, look in the air – it’s pretty empty!

The dishes that you have on your home catch the signals as they’re sent down. To make sure that you can always get the signal, satellites move in orbit at the same rotational as the earth, which means it always appears at the same spot in the sky.  It moves so your satellite dish doesn’t have to!

Communication satellites are computers – some as small as a lunchbox and some as big as a house!

There’s another way to get signals around which is a lot more down to earth. Under the earth in fact!

Under our roads and streets are loads of cables. Some carry electricity but others are fibre optic cables which are designed to carry information! TV, radio, telephone calls and internet data too – it’s how a lot of houses connect to the internet.

So in the same way that a radio with an antenna grabs the waves out of the air and sorts them into the different stations, the cable TV box gets a load of digital data and sorts it out.

As you can send so many copies of each piece of data, digital signals are harder to interrupt.