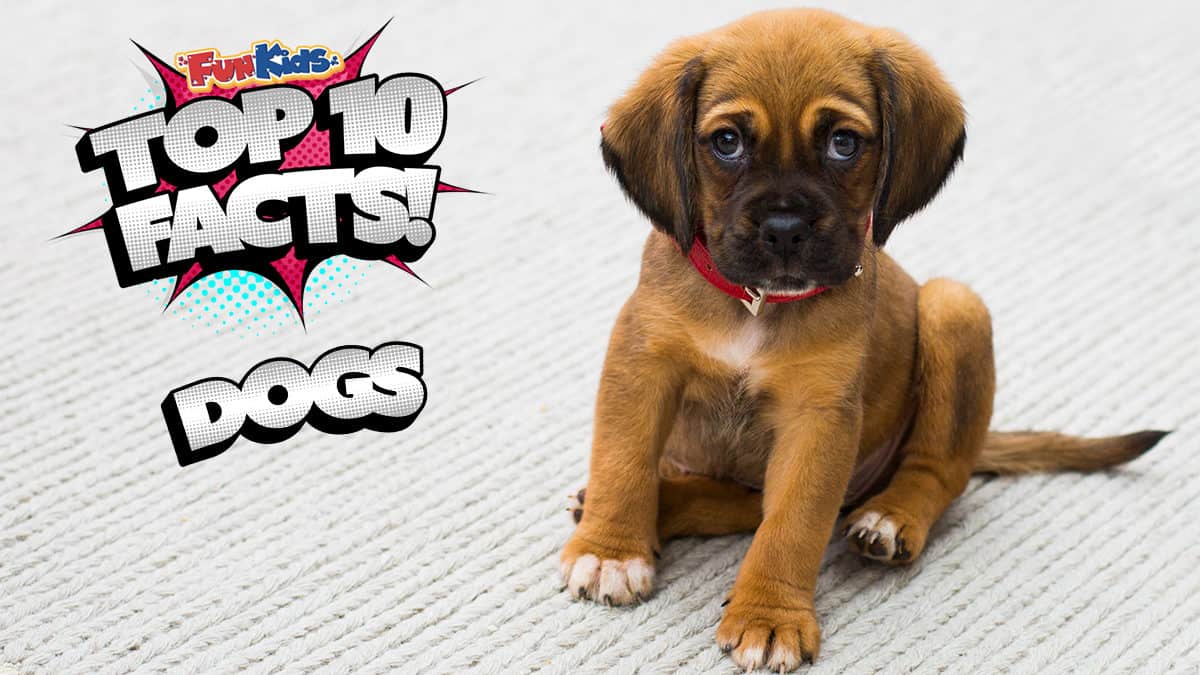 Dogs have a really great sense of smell.

Scientists believe that their sense of smell is between 10,000 and 100,000 times better than humans.

Their sense of smell is so good that the police have dogs on their team to sniff out clues!

2. Chocolate is not good for dogs.

You should never feed a dog chocolate as it can make them very unwell.

It’s very toxic to them because it contains a chemical called theobromine.

Dogs can’t process the chemical as fast as humans can which is why they will often get a bad stomach!

Why is chocolate so delicious? Find out here!

Have you ever wondered why a dogs nose is wet?

They have mucus glands in their nose which produces mucus.

This then absorbs scent chemicals and gives dogs an amazing sense of smell.

4. Chihuahuas are the smallest dog breed in the world.

Chihuahuas are the smallest breed of dog in the world.

They are usually between 6 to 9 inches tall.

This means they aren’t very heavy either! In fact, they often weigh between 2 and 6 pounds!

5. The tallest dog in the world is a Great Dane.

The Great Dane is the tallest dog in the world.

They can grow up to 86cm tall!

However, the English mastiff is the heaviest dog in the world.

6. There are around 200 different dog breeds.

There are lots of dog breeds around the world.

Go on a walk and see how many you can spot!

Some of the more popular ones are the Golden Retriever, German Shepherd, Bulldog, Dachshund and Yorkshire Terrier.

Dogs are very clever. So clever in fact, there are jobs for dogs. These jobs help us in many different ways.

Therapy dogs are used in nursing homes, hospitals and even schools. They are used for company. A dog stroke always makes you feel better!

Dogs are also used in the police. Their sense of smell is much better than ours, so they can sniff out clues!

Service dogs can help people with many different things. There are guide dogs, who help the blind and will guide them to where they need to go.

There are also dogs who can sense when their owner might need to sit down due to fainting or a seizure.

One of the fastest breeds is the Greyhound.

They can run up to 45 miles per hour!

9. Dogs have been kept as pets for thousands of years.

Scientists believe that dogs have been kept as pets for thousands of years.

10. The scientific name for a dog is ‘canis lupus familiaris’.

The scientific name for a dog is ‘canis lupus familiaris’ …but we think we’ll stick to the word dog!

Check out these cute sausage dogs.