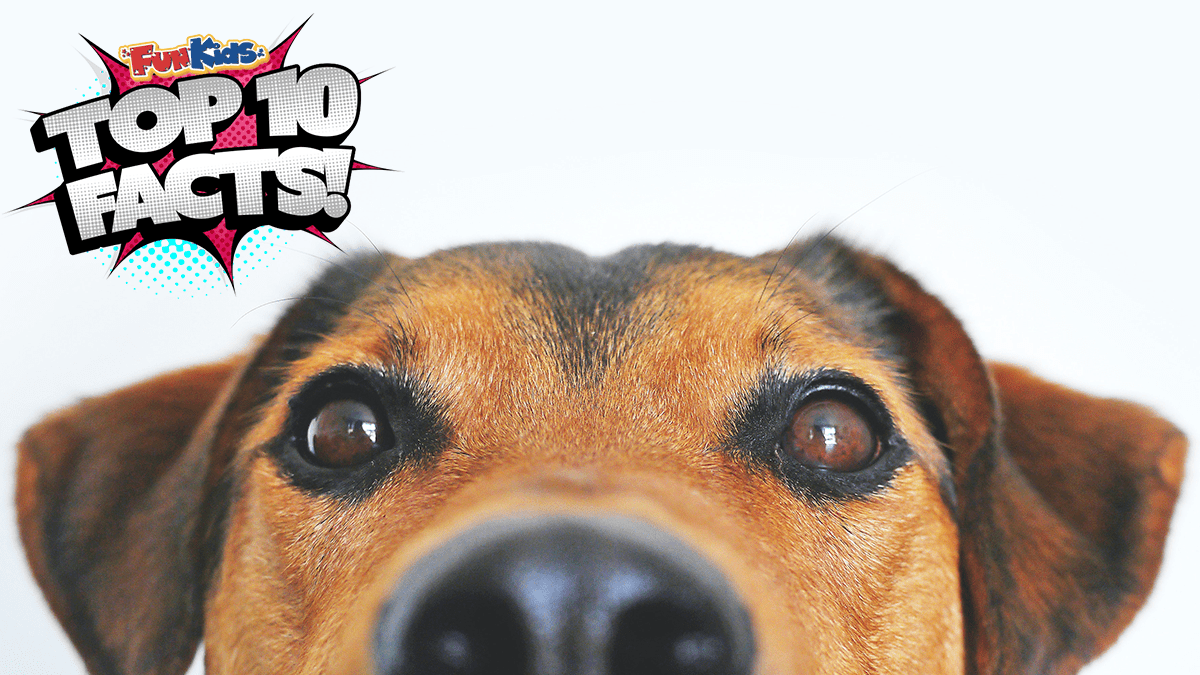 Dogs have a REALLY good sense of smell.

In fact, it is 40 times better than ours!

That makes them brilliant police dogs as they can sniff out clues better than we can!

Although cats are playful pets, they actually spend a lot of their life sleeping…

This is so they can save their energy but be ready to pounce at any moment!

3. When rabbits are happy they jump around and flick their head and feet!

Rabbits feel happiness and they love to show it.

They will jump around and flick their head and feet.

4. Hamsters are banned in Hawaii.

Hamsters are one of the most popular pets in the UK!

However, in Hawaii they are illegal to own.

It’s because if hamsters escape and breed, they could end up destroying plants and other animals.

Guinea pigs are very clever and use 11 different sounds to communicate.

They make this one when they are excited for food or want attention.

Then there’s the ‘putt-putt’ sound which they make when they are content.

6. Some lizards detach their tails when in danger.

You need to be very careful with lizards because when they are scared, they can sometimes detach their tails!

It’s their defence mechanism when they feel scared by a predator.

It confuses the predator and the lizard can get away!

When you have one as a pet, you need to be careful that this doesn’t happen.

Tortoises are a great pet but you will be looking after them for your whole life!

The oldest ever tortoise is 190. He’s called Jonathan!

8. Budgies have hollow bones to help them fly!

Budgerigars are one of the most popular birds to keep as pets.

Their bones are hollow and have air sacs in them.

This helps them fly better!

Have you ever heard anyone say “you’ve got a memory like a goldfish”?!

That’s because it was believed that goldfish have really bad memories and can only remember things for three seconds.

However, after some studies, they might be able to remember things for up to 6 months!

Did you know that it’s National Love Your Pet Day on 20th February?

If you have a pet then make sure you pay your pet lots of extra attention and love.

Look at these cute pets below!

Playing: wrecking ball by scars on 45