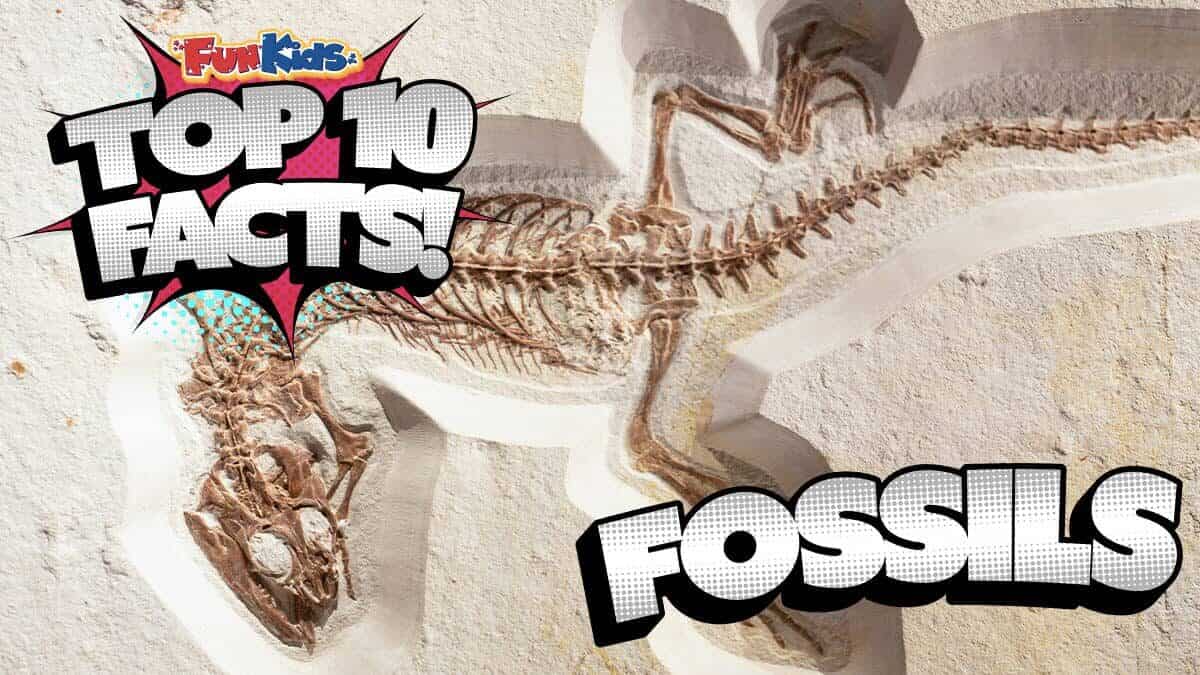 Over a long period of time, minerals turn an original object into a fossil. It basically makes a stone copy of it!

This can be from animals, objects and even shells from the sea!

1. Dinosaur fossils have been found!

Ever wondered how we know so much about dinosaurs? It’s mainly because of the fossils that scientists have found!

There was a HUGE dinosaur fossil found, the biggest that has ever been discovered! It was a fossil from an Argentinosaurus dinosaur which was found in Argentina.

Listen to Age of the Dinosaurs podcast.

2. Fossils have been found everywhere.

Fossils have been found in every continent and are everywhere!

You would never imagine this but sea creature fossils have even been found on the top of Mount Everest.

It’s not just animals that fossilise you know! You can even find fossils of poo! These are called coprolites.

Scientists have even found some from Tyrannosaurus Rex dinosaurs!

Find out more about fossils here.

4. Paleontologists are scientists who study fossils.

Anyone can find fossils although it helps if you know what you’re looking for!

There are people who study fossils and do this as a job! They are called paleontologists.

5. The word ‘fossil’ comes from Latin.

You might have wondered where the word fossil comes from and what does it mean?

It actually comes from the Latin word ‘fossus’ which means “having been dug up”.

6. Fossilised footprints have been found.

There have been footprints that have turned into fossils too.

The impressions fill with sediments which then fossilise.

Now we can see what our ancestors feet were like!

7. Fossils aren’t made from bone.

Fossils can sometimes look like bone – but it’s not!

Fossils are made from rock which is shaped exactly the same as the object that was originally there.

The object will be buried under sediment. This then gets squashed and turns into sedimentary rock.

Then, water will go into the bones which will turn them into rock as it is leaving behind minerals!

8. What is sedimentary rock?

A lot of fossils are found in sedimentary rock.

This is rock that has been formed from things like sand, mud and small pieces of rock.

Fossils can give scientists lots of information such as where the animal might have lived, how old they were, how they died and even what they ate!

We are very lucky to find the ones we have!

This is because bones often decompose quite quickly after the animal dies and so there is nothing left to fossilise.

It’s only when they are buried quickly, allowing little oxygen to get to them, that it works.

Click here to find out about a 132 million-year-old dinosaur fossil discovered under brick factory in Surrey!

Playing: don't grow up too fast by grentperez