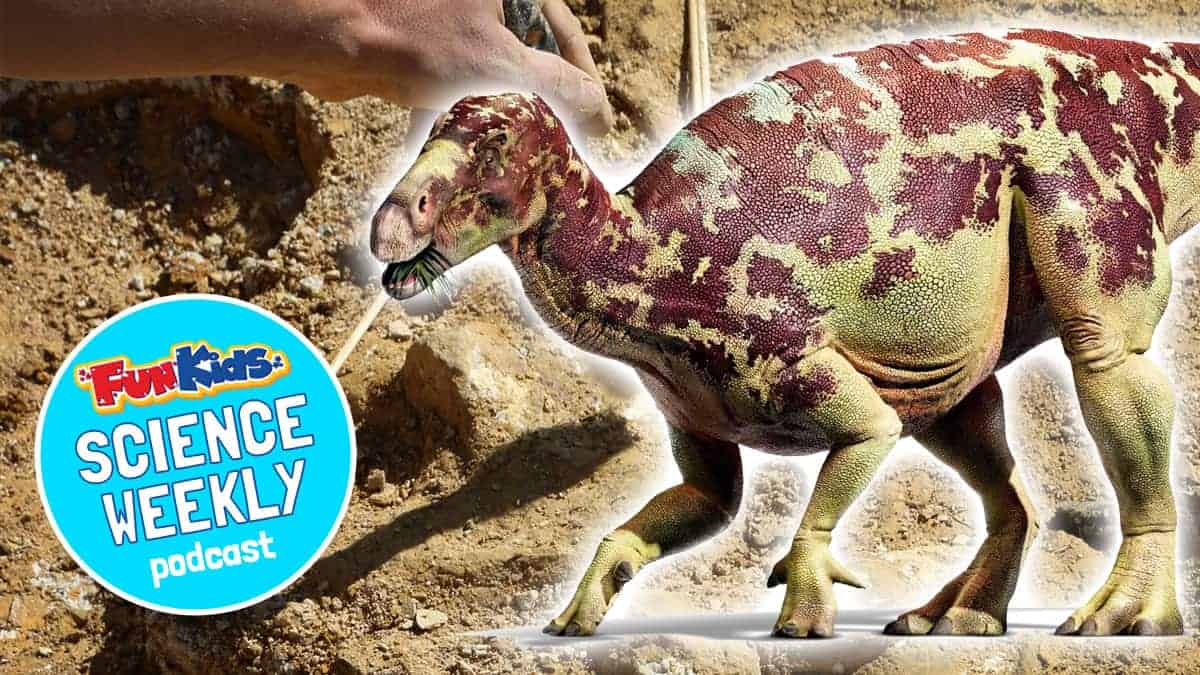 A fossilised dinosaur skeleton has been dug up in England!

It was discovered at a quarry in Surrey and is believed to be the skeleton of an Iguanodon, that would have been alive 132 million-years-ago!

Dan spoke to Jamie and Sarah from Fossils Galore for our Fun Kids Science Weekly podcast to find out exactly how they managed to dig up a huge dinosaur.

How was it found?

Jamie and Sarah made the discovery back in February during a planned dig at Wienerberger quarry in Ewhurst, a small village near Guilford.

The pair were looking at a boulder that had recently been turned up by a bulldozer and spotted a couple of tail bones.

They went back to where the boulder came from and noticed another black-coloured bone sticking out the rock.

Jamie and Sarah split the rock open and quickly realised they were on the verge of a huge discovery – after coming across dinosaur bone after dinosaur bone!

It’s not very often that nearly-complete dinosaur skeletons turn up in the UK, which makes their find special!

As it’s believed to be an Iguanodon skeleton, this dinosaur has been nicknamed Indie!

Iguanodons were herbivores that grew to up to 10m long and 3m tall and weighed about the same as an African elephant.

The team are trying to work out how exactly Indie died. There’s some evidence of bite marks on the bones so poor Indie might have been eaten by a bigger dinosaur!

Iguanodons was prey for one of England’s biggest dinosaur predators, the baryonyx.

What is Fossils Galore?

Fossils Galore is a fossil museum and research centre in Cambridgeshire.

So they could examine Indie properly, the Fossils Galore team removed the blocks of earth around where Indie was found.

It wasn’t easy to do this as Indie was hidden inside very dense clay blocks and was positioned on a slope.

The skeleton has now been safely removed from the quarry and is being cleaned up at the museum’s own laboratory.

You can visit the museum and see the skeleton being dusted off and hear more about how Indie would have lived and what it would have eaten.

You can also find tips for how you can go fossil hunting in your area.

Remember – never go exploring in quarries! Quarries are extremely dangerous places. Jamie and Sarah are fossil finding experts and had special permission from the quarry company.

To hear more about amazing science stories like this, get the free Fun Kids Science Weekly!