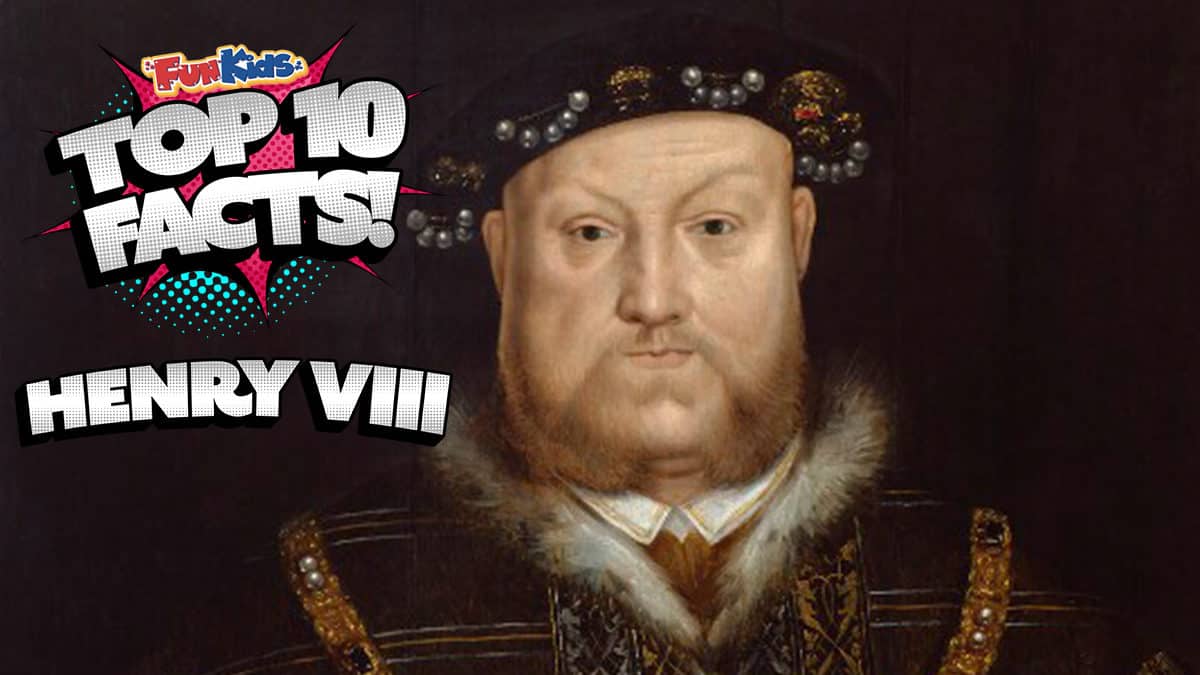 1. Henry VIII was born in London.

He was born in the Greenwich Palace.

He wasn’t really meant to be King.

Henry became King when his Brother Arthur, Prince of Wales, passed away.

Arthur was first in line to the throne.

Henry was only 18 at the time.

Click here to find out more about Anne Boleyn’s execution

He was around 6 foot 2 inches!

That was very tall for Tudor times.. and still quite tall now!

In the Tudor times, the average height for a man was around 5 foot 5 inches.

5. He ruled in the Tudor period.

You can find out more about the Tudor period by clicking here!

6. Hampton Court Palace was one of Henry’s homes.

Thomas Wolsey was Henry’s Lord Chancellor. He built Hampton Court Palace and lived in it.

Hampton Court Palace attracted Henry as he liked to live a luxurious lifestyle and later ended up moving into the palace.

He did major works to it and he rebuilt the rooms up to 6 times!

Henry VIII was very well known for his executions.

It is thought that over 70,000 people were sadly executed.

There were many reasons for getting executed but some of the main ones were disagreeing with Henry, if you did something illegal or if you betrayed your country.

8. The Church of England was created by Henry VIII.

Henry VIII created his own church, known as the Church of England.

He broke away from the Catholic church because the Pope wouldn’t allow him to get divorced.

Now that he was the head of the Church of England he was allowed to.

Henry reigned for a whole 38 years.

He was King until he passed away.

He is buried in St George’s Chapel in Windsor Castle.

Playing: arabian nights (from aladdin 2019) by will smith

Hollowpox: The Hunt for Morrigan Crow