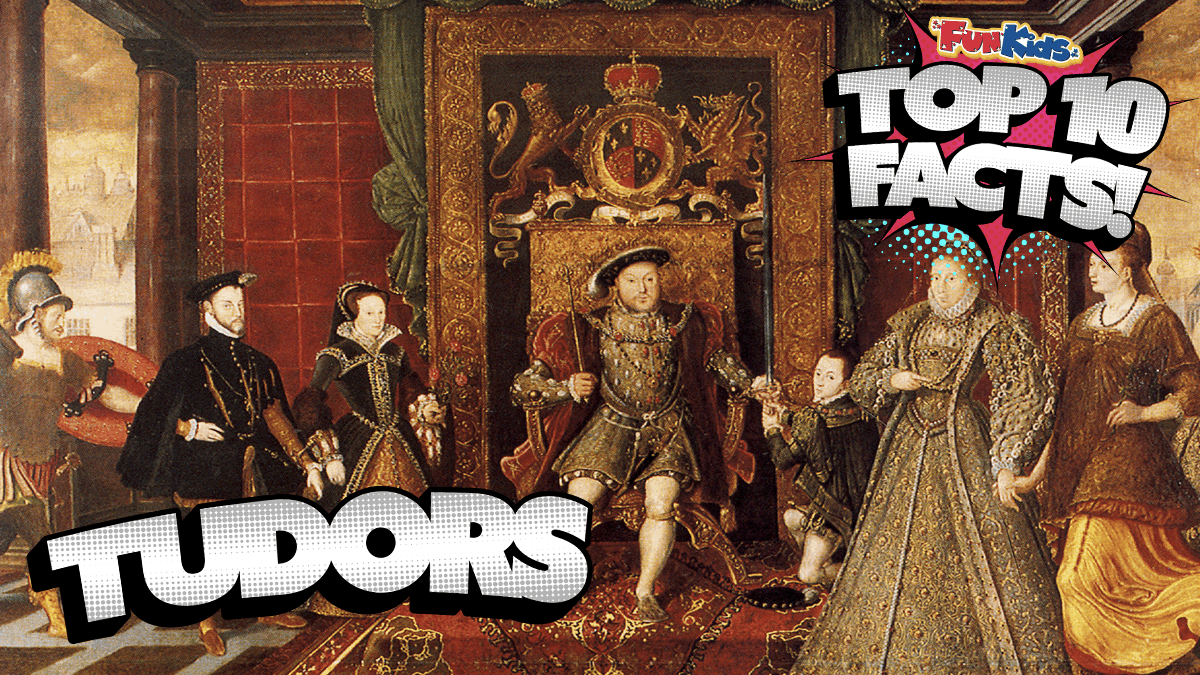 The Tudors came into power in England at the Battle of Bosworth.

1. There were 6 Tudor monarchs in total.

There were a total of 6 monarchs in the Tudor times. You have probably heard of them.

Here’s a list of them and the years they reigned for.

During this time, England became wealthier and was doing better than ever.

This meant that the country was able to build amazing houses, some of which you might be able to see today.

Schools and colleges were also set up!

3. William Shakespeare was alive in the Tudor times.

You have probably heard of William Shakespeare.

He was one of the greatest writers of all time and was around in the Tudor times.

Theatres were really popular and that’s how Shakespeare got so famous.

4. Your religion could get you in trouble!

You could get in big trouble if you were Catholic when Henry VIII was in power.

You’d also get into trouble if you were a Protestant when Mary I was Queen.

You might have been arrested, locked in the Tower of London… or even executed.

Learn all about the Tower of London here!

In the Tudor times, they absolutely loved listening to music and going to dances.

People played instruments and kept practising in hope that they could become good enough to play in the royal court.

7. You wouldn’t be allowed to play sports!

The only time you were allowed was during Christmas.

Sugar is very popular now – and it was also popular in the Tudor times.

Only the rich people could afford it.

They ate so much that their teeth went bad and turned black.

It ended up becoming fashionable to have black teeth as it showed their wealth!

9. We live longer than the Tudors.

We live far longer than the Tudors because of our advancements in technology and medicine.

Their average life expectancy was 35 – 40 years. That is so young in this day and age!

You might have seen the black and white Tudor houses before.

They have a wooden frame with walls made from ‘wattle and daub’.

This was wooden strips covered with wet soil, mud and clay.

Click here to find out more about Tudor houses

Take this quiz to test your Tudor knowledge